Jennifer Aniston Flattered By The Oscar Buzz – What Oscar Buzz, All Created by Jen’s PR Team? 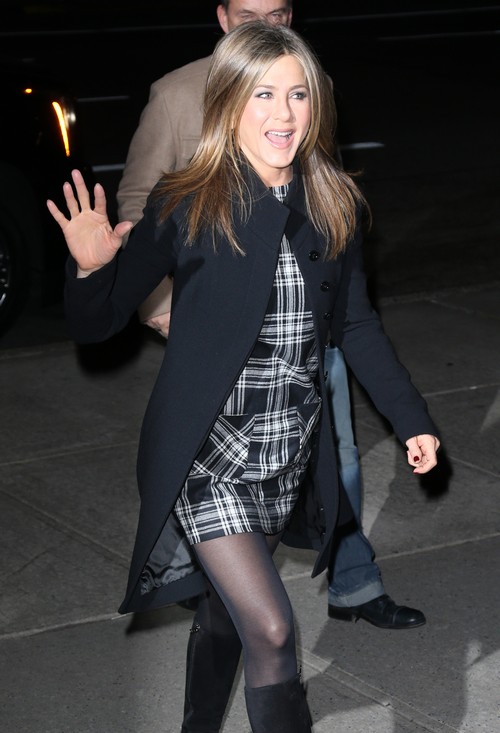 However, that in itself says a lot about where Jennifer Aniston stands in the industry right now. She’s a steady and consistent actress who always produces hit after hit, especially in comedy. But she has NEVER wowed the audiences or critics with her acting range, nor has she ever chosen roles outside of her comfort zone. In fact, most of the praise concerning her work in Cake was about how Jennifer Aniston finally, FINALLY took a chance with a role that was different and unique. Having seen the movie, I can tell you that she actually does a great job, but it’s not in any way enough to compete with legitimate Oscar contenders this season. First of all, Patricia Arquette and Julianne Moore [the two leading Best Actress contenders so far] are so far beyond Jennifer Aniston’s league, it’s not even funny. Go to any Oscar prediction site, and Jennifer is listed as an extreme long-shot.

So sure, Jennifer Aniston is ‘flattered’ by the Oscar buzz, and she’s ‘awkwardly and stutteringly’ reacting to the awards season talk – even though all this Oscar buzz is really just the product of her own team stuffing flowers up her ass.

What do you guys think? Do you believe there’s a snowball’s chance in hell that Jennifer Aniston will get nominated for a Best Actress Oscar? Let us know your thoughts in the comments below.