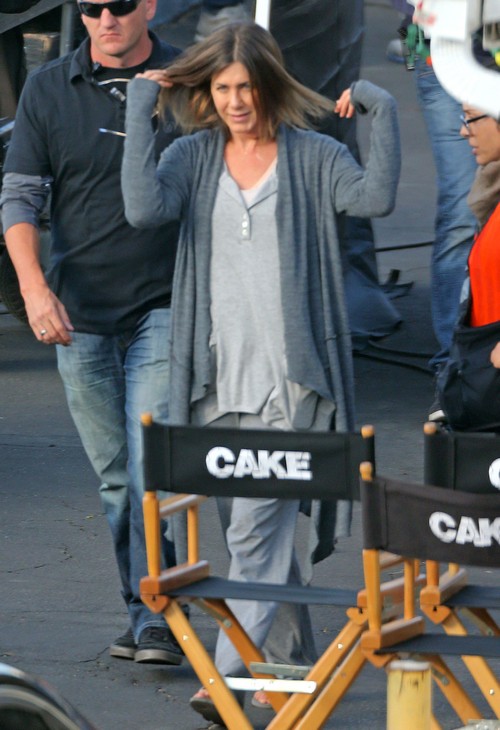 Jennifer Aniston and Justin Theroux are still not married, and at this point, it’s either going to happen within the next year or not happen at all. We’re also hearing from our sources that a fall wedding is very possible, not because of any personal reasons, but because Jennifer wants to start her Oscar campaign as early as possible – and yes, a wedding does help an Oscar campaign, believe it or not.

It may sound weird, but in reality, what exactly is an Oscar campaign? It’s basically a campaign to increase awareness for your movie, keep yourself in the spotlight, and endear yourselves to those old Oscar voters. And trust me, nothing works better than a wedding or a baby – preferably, a wedding AND a baby.

I mean, Jennifer and Justin clearly don’t mind famewhoring their relationship to help their careers. They made an appearance at the premiere of Justin’s show, The Leftovers, even though they hadn’t been spotted together in months. They acted lovey-dovey and cuddly during the premiere, and then stopped making public appearances again after that. Obviously, it served as a promotional boost for the show, but who says that Jennifer won’t rely on that again?

Rumor has it that she’s very keen on getting nominated for an Oscar, and she thinks she actually has a shot this year with Cake. And if she and Justin get married in the fall, that will put her smack dab in the middle of Oscar season, and in front of the voters. What better way to kick start an Oscar campaign?