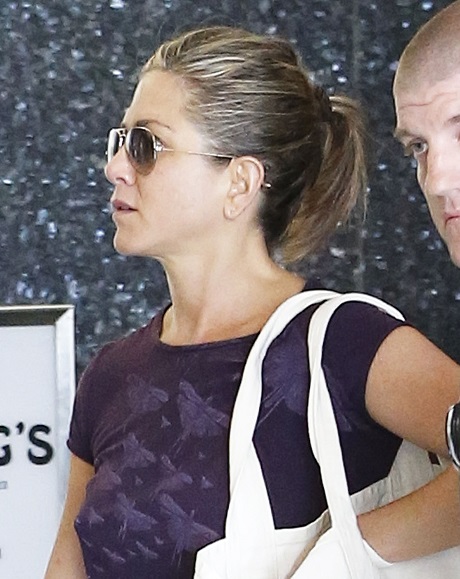 Apparently, Jennifer Aniston and Courteney Cox made a pact years ago that stated Courteney wouldn’t be allowed to tie the knot before Jennifer did. Um. Okay? While we’d love for something as ridiculous and childish as this to be true, we’re going to take a stab in the dark and say that this gossip is less than true.

Nobody is certain as to when Jennifer Aniston and Justin Theroux plan to get hitched, but rumors say that Jennifer has sent out two rounds of invitations, one batch with an August date and another with a September date. Therefore, this has Courteney in a supposed pickle, as she doesn’t dare plan something that clashes with Jen’s special day.

The story comes from The National Enquirer. The magazine reports, “Two invitations have gone out — one for August and another for September. The real date will be emailed to guests at the appropriate time, so no one will know the exact location until then.Courteney openly complained about her ‘pain-in-the-ass pact’ with [Aniston] that she won’t get married before Jen. Courteney says she regrets it because Jen won’t commit to a wedding date, so she can’t either!”

What do you make of this semi-ridiculous marriage pact that allegedly exists between Jennifer and Courteney? Honestly, the world’s going to stop turning when Jennifer and Justin finally say the words “I DO,” as this ceremony has been “happening” in the media for what seems like ages now. Best of luck to these two ladies, whenever they do walk down the aisle.