Jennifer Aniston And Justin Theroux Wedding Set For This Summer – But Will They Go Through With It? 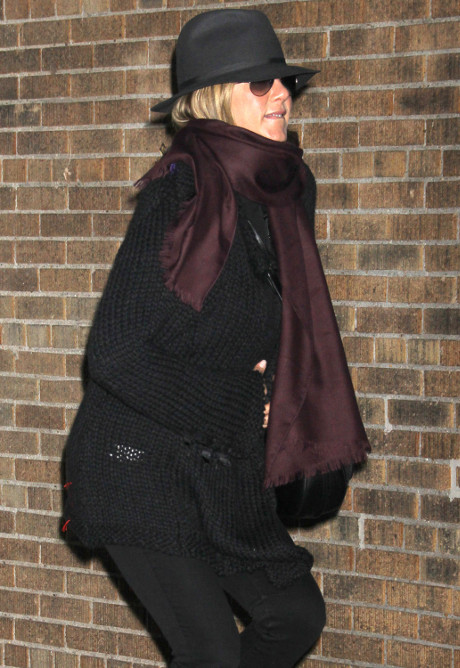 Could it be that Jennifer Aniston is finally getting ready to tie the knot for real? Well, supposedly, after a nearly two year engagement to Justin Theroux, Jen’s dream is about to turn into a reality. Not only is a walk down the aisle in the works but rumor has it that, at 45, Jen has also been hiding a baby bump for awhile now. According to the June 16th print edition of InTouch magazine, when Jen found out that she was pregnant she wasn’t at all worried about a wedding but Justin surprised her with the idea.

Supposedly he is finally ready to make it official and both Jen and Justin just so happen to have time off in August right around the anniversary of their engagement. Sources say that Jen wants to keep it really small and have a destination wedding in Cabo San Lucas, Mexico that they’ll share with only about 50 people. Jen already had the huge wedding and, well, we already know how that turned out. This time around she wants to do everything different and being a pregnant bridge is the first step.

Do you guys think that Jen is really getting ready to marry Justin? This is one of those couples that constantly postpones things and, in the end, those weddings usually end up not happening. Are Jen and Justin really on the same page now or is this story just another red herring that ultimately buys them more time? Will Jen get that happily ever after complete with a husband and baby or is it not going to pan out? Leave your thoughts in the comments section below!