Jennifer Aniston At War With Angelina Jolie – New Brad Pitt Movie ‘By The Sea’ Based on Painful Divorce? 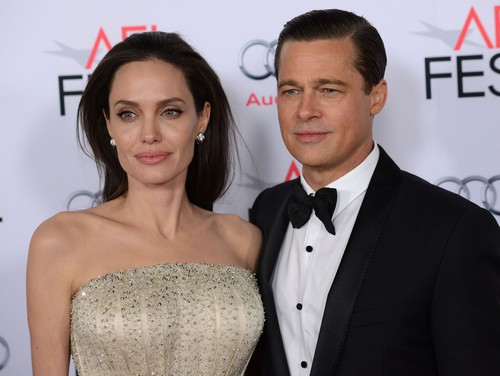 Is Jennifer Aniston at war with Angeline Jolie? Is Jen stressed out about the new Brad Pitt movie “By the Sea”? Is Aniston is convinced the movie is based on her painful 2005 divorce from Pitt?

Jolie wrote and directed – she also stars alongside Pitt in the new movie that that may be the cause of Aniston angst. “By The Sea” looks inside the marriage of a couple who have set out on a vacation in order to save their marriage. The woman in the film, portrayed by Angelina, is deeply depressed and childless after suffering two miscarriages.

In Touch sources say this storyline hits much too close to home for Jennifer, who split from Brad in 2005 immediately following one final, and ill-fated, trip to the Caribbean. Reportedly Aniston suffered two miscarriages while married to Pitt so you can see where Jen might think the plot of the film had something to do with her break-up with Brad.

Insiders say Jen is “freaked out” about the plot of the movie that Justin Theroux, Jen’s husband of four months, has been calling friends and snooping around to find out if Angie truly did base the movie on Brad and Jen’s split.

In interviews Jolie has stated that much of the film and the character Angelina portrays in “By the Sea” is based on her mother Marcheline Bertrand.

According to Jolie “everybody in this film represents a different way of expressing grief.” Did Angie incorporate feelings Brad may have had after splitting from Jen and admitting that he and Jolie had fallen in love on the set of “Mr. & Mrs. Smith” while Pitt was still married to Aniston?

Allegedly Jen fears that Angie and Brad have taken the worst time in Jennifer’s life and written about it in order to make money. An insider says that Aniston won’t watch “By the Sea.” “[Jennifer] is paranoid that it’s based on her own marriage and divorce from Brad,” a source revealed.

Does Jennifer Aniston want the movie “By the Sea” pulled from theaters? Aniston may have nothing to worry about. It looks like the film is a giant flop. The movie, which had a limited release, received horrible reviews and grossed only $95,000 during its opening weekend.

It is possible that “By the Sea” will be pulled by the Universal, the studio that distributed the film and it will never make it past its opening weekend.

Angelina and Brad may have one of the biggest flops of their careers with this movie. Both have declared it was a “passion project” and adamantly denied that it is based on their own marriage. Did Angelina Jolie base the movie on Jennifer Aniston and Brad Pitt’s marriage and excruciatingly painful divorce?

Is Jen overreacting? Does Jen even care about the plot of the movie? After all, Aniston is newly wed to Justin Theroux – what does Jen care what happened a decade ago with Brad and Angie?