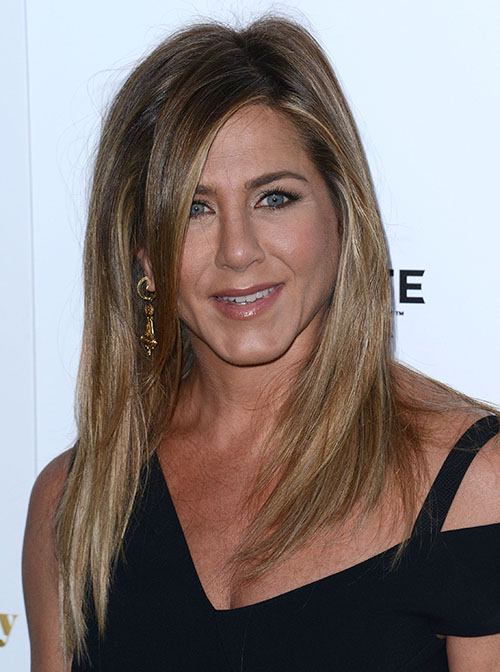 Jennifer Aniston and Justin Theroux finally tied the knot and got married after a lengthy three-year-long engagement earlier this month. But, according to a new report, the barely newlyweds are already having problems in paradise – and are living separately. Could Jen and Justin’s marriage be over before it even begins, is there a divorce in their near future?

It’s no secret that Justin Theroux has always put his career before his relationship to Jen, so you can imagine how upset she was when Justin jetted off to Texas right after their backyard wedding to start filming Season 2 of “The Leftovers.” An insider dished in this week’s edition of In Touch Magazine, “Jen was holding back tears as he was leaving. She told him straight up that she wanted more time together to celebrate their marriage. Instead they are communicating via text and FaceTime because they are 1,400 miles apart – all before they are two weeks married.”

The reason it took Jennifer and Justin three years to get down the aisle was because they were never in the same state long enough to say “I Do.” According to the tabloid’s sources, Jen honestly thought that finally getting married would influence Justin to change his work schedule, but that obviously isn’t the case. Aniston is putting her foot down though, she demanded that her hubby film the next season of “The Leftovers” near their home in California, and she wants him to write in to his contracts that he doesn’t have to be on set for films that he wrote and isn’t starring in. Jennifer still plans on carrying out the adoption process and getting her baby girl – and the last thing she wants to do is be a single mother.

Do you think that Justin Theroux will change his ways now that he is a married man? Or was Jennifer foolish to think that a wedding would repair their troubled relationship? Do you see a divorce in their near future? Let us know what you think in the comments below!