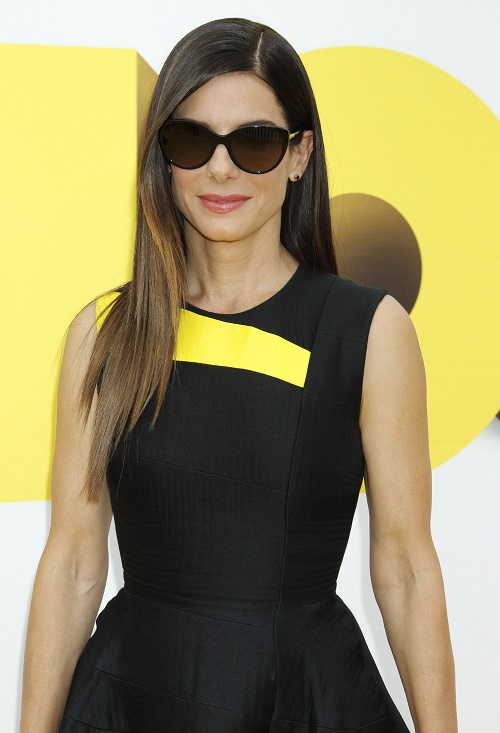 Sandra Bullock has a new boyfriend! The romantic comedy queen has been prolifically single and raising her adopted son Louis on her own for what seems like forever, but according to a new report, she finally is dating and has a new man in her life. The last almost boyfriend Sandra had was in 2014 when she was romantically linked to Chris Evans. Apparently, when Sandra Bullock attended Jennifer Aniston’s super secret wedding in Bel-Air earlier this month, she brought along her new boyfriend.

According to a new report from US Weekly, Sandra Bullock’s new boyfriend appeared very into the 51-year-old Oscar-Winning actress, and it looks like their relationship may be serious. An eyewitness dished to US Weekly, “He’s a photographer. But he’d be just as well-suited in front of the camera. Sandra’s boyfriend is very attractive. He’s super hot but also super normal. She’s clearly happy with him.” The source went on to reveal that Sandra and her date were very hands-on at Jennifer and Justin’s wedding – and she seems really happy.

Sandra’s 5-year-old son Louis has always been the leading man in her life, so the reason we most likely haven’t heard much about her new relationship is most likely because she and her photographer beau are taking things slow for Louis’s sake. Everyone knows how hard it is to date when you are a single parent, and the last thing Sandra would ever do is bring a man in to her son’s life, only to have him there temporarily. But, if Sandra felt comfortable bringing him along as her date to a wedding and introducing him to her friends – then that means that their relationship is definitely progressing.

So, who do you think Sandra Bullock’s mystery boyfriend is? Could she wind up following in Jen’s footsteps and getting married soon? Let us know what you think in the comments below!