Jennifer Aniston’s Father, John Aniston of Days of Our Lives, Asks “Why Aren’t You Married Yet to Justin Theroux” 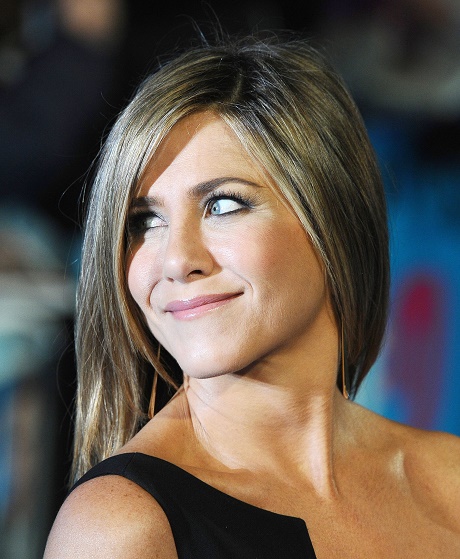 The public has been wondering about the state of Jennifer Aniston’s engagement to Justin Theroux for some time now, and according to the National Enquirer, Jennifer’s dad, John Aniston of Days of Our Lives, has finally voiced what all of us were thinking: ‘Why hasn’t Jennifer Aniston gotten married yet?’

Jennifer Aniston and Justin Theroux have been engaged for more than two years, and it’s gotten to the point where even eternal bachelor George Clooney has gotten married before her. And what’s Jennifer going to say? That her entire public persona was an act, that she hates marriage, that she loves partying and being single? Puh-lease, she’d alienate 99% of her fan base, which is directly related to 99% of people that watched Friends.

Nobody wants to think that Rachel from Friends secretly hates being engaged, and only used the engagement as a publicity tool. They’d much rather believe that Jennifer Aniston and Justin Theroux are fighting over yet another made-up reason, even if the truth is hiding in plain sight. Does the public not realize that every single time they have an event to promote, the two magically appear together on the red carpet? And start answering relationship questions again? But when there’s nothing to promote, they start whining about the invasion of privacy and the media obsession in their private lives. It’s Showmance 101, folks, spoon fed to you by Jennifer Aniston and Justin Theroux.

Granted, they’re doing it terribly. People have simply stopped caring about Jennifer Aniston’s engagement to Justin Thedroux, especially since that wedding never seems to be coming.

Is a Jennifer Aniston wedding ever going to happen?