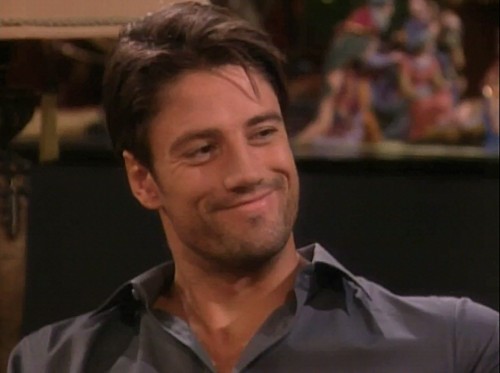 Days of Our Lives spoilers teased James Scott’s exit for months. We all saw EJ DiMera’s death coming a mile away – but if you blinked you could have missed it. The character’s death was seemingly pointless and the results of a business arrangement that the DOOL fans don’t even fully understand gone sour. All together, James Scott’s exit was very cut and dry: he was shot, his wife cried for a day, his brother was shaken up over it for an episode, and then it was over. Less than a week later, Sami Brady was dreaming of becoming a movie star and headed to Hollywood – and his murder hasn’t been mentioned since.

However, there was one twist to EJ’s death that still has DOOL fans scratching their heads. What did Stefano send with Kristen to the morgue to inject in to EJ’s corpse, and what exactly does it mean? The DiMera’s have a knack for getting their hands on modern miraculous medicine. Did Kristen’s suspicious syringe contain something that could bring EJ DiMera back to life and back to Salem at some point?

When Days of Our Lives spoilers were leaked revealing EJ DiMera’s demise, DOOL fans were scratching their heads wondering why TPTB didn’t just recast the character, after all he has monopolized storylines on the NBC soap over the years. Rumors are currently floating around the internet that we haven’t seen the last of EJ DiMera, and his sister and father managed to bring him back to life with the shady syringe Kristen injected him with in the morgue.

What do you think, Days fans? Is EJ DiMera really dead? Or is the soap going to recast the role and bring the character back to Salem? What was in the syringe that Kristen injected him with? Let us know what you think in the comments below and don’t forget to check CDL tomorrow for more Days of Our Lives spoilers and news.