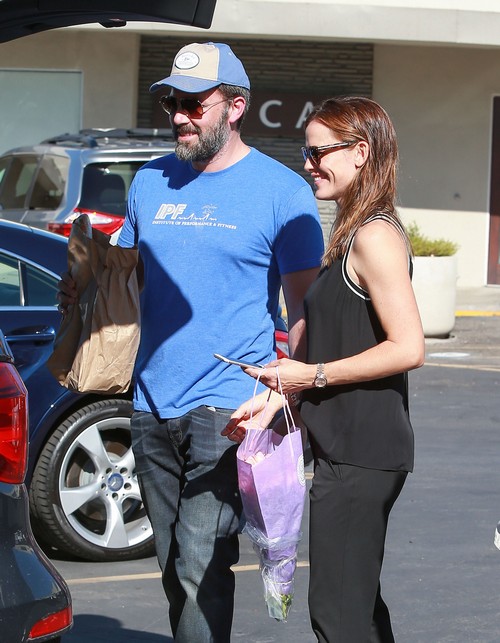 Is Jennifer Garner pregnant with her soon to be ex-husband Ben Affleck’s fourth baby? It looks like the scandalous Hollywood divorce could be a whole lot messier than any of us even realized. In Touch Magazine is reporting that Garner is indeed pregnant with the couple’s fourth child! This would explain why Jennifer and Ben have been spending so much time together lately, and why people believe that they might be calling off the divorce and trying to save their marriage.

This week’s edition of In Touch Magazine reveals that Jennifer Garner found out she was pregnant with baby number four while Ben and their kids (Violet, Seraphina, and Samuel) were visiting her in Georgia – where she was filming her new movie “Miracle From Heaven.” Ben Affleck was reportedly thrilled by the pregnancy, because he saw it as an opportunity to convince Jen to take him back after his cheating scandal with their nanny Christine Ouzounian.

An inside source dished to In Touch Magazine that, “While they were in Atlanta this summer, where Jen was working on a movie, they discovered that she is in the early stages of pregnancy. Jen was shocked when she found out about the pregnancy.” According to the tabloid’s sources, Ben has been using the pregnancy to convince Jennifer to call off the divorce. At first Gardner was adamant they were over, but over the course of the last few weeks the pregnant mom seems to be caving and seriously considering taking Ben back.

Ben Affleck and Jen have been spotted out and about together more in the past month then before the divorce was official. On September 20 the couple even were photographed dining at a restaurant together, and then hitting up a nearby farmer’s market. If Jennifer Garner is really pregnant, do you think she is making the right choice by staying with Ben? Is it possible baby number four could save their marriage? Or is there still a divorce in their cards? Let us know what you think in the comments below!