Jennifer Garner and Ben Affleck Divorce Off: Couple Back Together, Go Shopping Like Happy Couple? (PHOTOS) 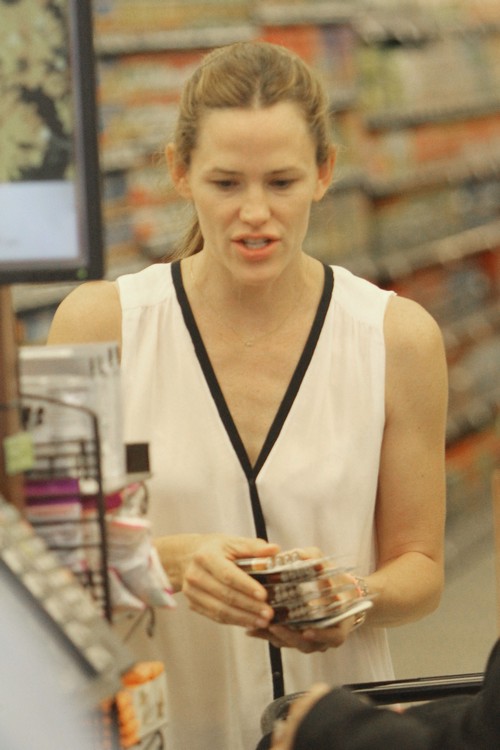 For a couple in the middle of a divorce, Ben Affleck and Jennifer Garner sure do spend a lot of time together. The happy couple were spotted on Sunday together at the grocery store and there were no kids with Jen and Ben.

Despite announcing plans to divorce back in June, Affleck and Garner looked together as they rounded the aisles on their joint shopping trip. Jennifer Garner pushed the shopping cart while Ben Affleck helped pick out items and then loaded the bags into her car.

This isn’t the first time that Jennifer and Ben have been seen out in public since telling the world they were splitting up. It seems they are either looking to rekindle their love or they are taking cues from Gwyneth Paltrow and Chris Martin with a “conscious uncoupling.”

Jennifer Garner and Ben Affleck already pulled off a family vacation to the Bahamas. At least they took their three children on that trip together. Jen and Ben also have been spotted out together at a farmer’s market, they have been to dinner with friends and even go to doctor’s appointments together post-split.

It’s sort of shocking to see Jennifer and Ben out and about together as if they are happily married. The Hollywood couple were secretly split and were living separately for months. In that time, Ben Affleck has been romantically linked to the couple’s former nanny, Christine Ouzounian.

Ben Affleck seems to be thinking more clearly in recent weeks. There are reports that he finally gave the nanny the boot. That split wasn’t nearly as amicable as his divorce announcement with Garner. Ouzounian is not happy that her celeb romance ended and feels like Ben made a lot of promises to her that he never meant to keep.

A source for Life & Style even claims that the nanny may try to get a little revenge on her former “Batman” lover. The source reportedly told them, “Christine is very upset and says Ben should be worried. In her mind, this is far from over.”

Jennifer Garner and Ben Affleck spotted shopping for groceries on October 25, 2015 in Pacific Palisades, California. Ben pulled up to to help Jennifer load the car before the two were seen leaving together. FameFlynet