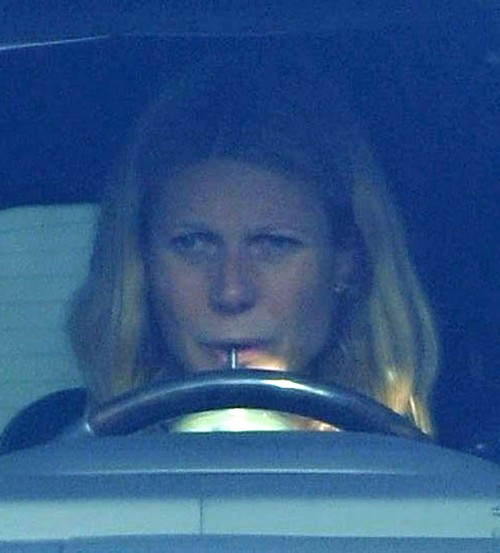 Poor, poor Jennifer Lawrence. Chris Martin and Gwyneth Paltrow may have consciously uncoupled several years ago, but they have spent so much time together over the past few months that they might as well have stayed together. What’s worse – Chris and Gwyneth actually spent Valentine’s Day together, while Jennifer was stuck in Boston prepping for a film shoot.

Yes, Gwyneth Paltrow and Chris Martin are committed to raising their children together, and yes, their kids accompanied them on Valentine’s Day. Still, you’d think that Gwyneth would go spend the day with her new boyfriend, Brad Falchuk, even if Jennifer wasn’t available to spend it with Chris, no? But alas, that’s not what happened. Is it just me, or is Gwyneth Paltrow conveniently available whenever Chris isn’t with J.Law?

A source tells Naughty Gossip, “They are not back together yet. But if I were Jennifer, I would be worried.” This is just how Jennifer’s first breakup with Chris Martin started, with Gwyneth sniffing around more than usual. Even though it was stated that Gwyneth had moved on from Chris and was happy with Brad, it doesn’t seem that way from the way she’s constantly hanging around her ex-husband. You could argue that they have to spend time together because of their family, but Valentine’s Day? Point me at one divorced couple – that each has their own significant other, mind you – that still spends Valentine’s Day together.

What do you guys think? Will Chris Martin ever cheat on Jennifer Lawrence with Gwyneth Paltrow? Sure, it might not be physical cheating, but it could very easily dissolve into emotional cheating. And you know J.Law won’t put up with the same kind of crap that Gwyneth did, so that’ll result in a quick breakup between Jennifer and Chris. Or Jennifer will give Chris yet another ultimatum..