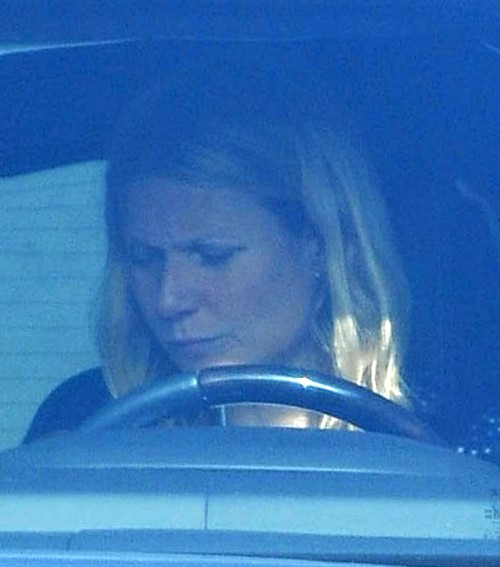 We’re currently hearing from our sources that Gwyneth Paltrow is jealous and struggling to accept the fact that her ex-husband and on-again/off-again fling, Chris Martin, has firmly moved on with Jennifer Lawrence in a serious and public dating relationship. In fact, even the time he used to spend with Gwyneth is now being re-focused towards Jennifer, probably because Jennifer finally gave up an ultimatum: her or his ex-wife? And Chris obviously chose Jennifer Lawrence, even if that choice has left Gwyneth seething.

I never thought I would see the day that Gwyneth Paltrow was jealous of another person, much less another person in Hollywood. The way Gwyneth Paltrow makes everything sound in her holier-than-thou attitude, one would assume that no matter what happens, she buys some wine, sits on her sofa, smokes, and meditates it away. But alas, that’s not how real life works, despite Gwyneth’s many, many explanations to the contrary.

We have attached pictures of Gwyneth drinking a juice by herself in her car after leaving a gym in Santa Monica this morning, but I actually have noticed that Gwyneth has been getting photographed alone lately. Usually, she’s surrounded by Chris, her nanny, her assistant, her children, or a posse of friends – but now? Nothing.

I mean, Gwyneth puts a lot of focus on her health, but some people are saying that she could just be trying to keep up with Jennifer due to her deep-seated insecurities. But truly, exercise and drinking juice aren’t going to win Chris Martin back, even if she’s jealous, angry, and upset over it.

The real question now is – will Gwyneth be ‘happy’ for Chris Martin and Jennifer Lawrence, or will she try undermining them or interfering with their relationship again? It’ll be more difficult to pull off this time, since Chris isn’t as receptive to her touchy-feely moments or staged paparazzi outings. But still – it’s Gwyneth Paltrow, non? She’ll find a way, if she really wants to.

Sad actress Gwyneth Paltrow drinks a juice by herself in her car after leaving a gym in Santa Monica, California on February 4, 2015. Gwyneth is said be having a rough time dealing with the break-up between her and husband Chris Martin. Sources are saying she’s trying to keep up with Chris’ new girlfriend Jennifer Lawrence but is having a hard time. FameFlynet