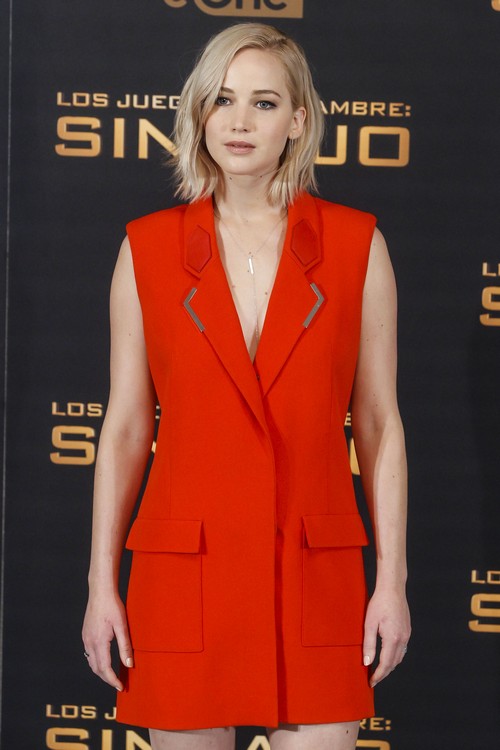 Jennifer Lawrence and Chris Martin just broke up for the umpteenth and final time – but the Hunger Games actress isn’t losing any sleep over the Coldplay musician. It’s actually her other ex-boyfriend Nicholas Hoult that she is still emotional over. J-Law sat down for a recent interview with ABC News, and when discussing her lengthy relationship with Nicholas Hoult – she got a bit emotional.

While discussing her career with Diane Sawyer, Jennifer Lawrence confessed that she was a bit lost after her break-up from Nicholas Hoult, her boyfriend of five years. Then, the Hunger Games madness kicked off in the midst of her relationship drama – only further adding to the sense of losing herself. Jennifer Lawrence confessed, “Being 24 was this whole year of, ‘Who am I without these movies? Who am I without this man?”

Ironically, Jennifer Lawrence was linked to Chris Martin for the past year – but Chris apparently wasn’t worth mentioning, nor did their break-up have half as much of an effect on her as the break-up from Hoult.

One could argue that J-Law was simply throwing some shade at Chris Martin since he moved on so quickly and is already dating new people and seems to care less about losing Lawrence. Jennifer also went on to confess to Diane Sawyer that she isn’t sure if she will ever get married.

Rumors have popped up throughout Jenn’s relationship with Chris Martin that Nicholas Hoult was trying to win back the Hunger Games actress. It sounds like he might stand a chance, because Jennifer Lawrence still seems to get a little emotional when discussing their relationship.

Maybe it wasn’t Chris that dumped Jennifer Lawrence after all, did she cut him loose because she still had feelings for Nick Hoult? Let us know what you think in the comments below!