Jenny McCarthy and Donnie Wahlberg Determined To Have Baby? 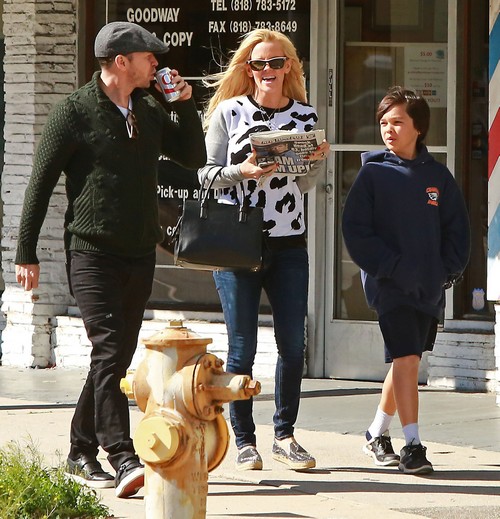 Jenny McCarthy and Donnie Wahlberg are slightly older than the usual Hollywood couple trying for babies, but they’re not about to let a little thing like age stop them from achieving their goal of becoming parents.

According to a new report from the National Enquirer, 42-year-old Jenny McCarthy and 45-year-old Donnie Wahlberg are planning to try for a baby. The Enquirer’s source elaborates, “Jenny knows that she might have a difficult time even conceiving. But she and Donnie talked it over, and decided to give it a shot!”

However, Jenny McCarthy is allegedly quite wary of fertility treatments – and largely because her son from her previous marriage is autistic and she’s been very vocal about her belief that vaccines are behind his condition. She reportedly doesn’t want to take any artificial treatments that affect her hormones or alter her health permanently, especially if they could affect her unborn child. But then again, she is 42-years-old and she’s NOT Halle Berry – there’s very little guarantee that she and Donnie will end up conceiving a baby naturally, and the only major alternatives right now are fertility treatments. I mean, she wants to carry the baby herself and she wants it to be her child with Donnie Wahlberg, so what are her remaining options?

What do you guys think? Will Jenny McCarthy go through with fertility treatments to have another child, this time with Donnie Wahlberg? Knowing her propensity for making up science and extrapolating wildly inaccurate hypothesis and conclusions on health-related concerns, I’m sure we’ll get a treatise about fertility treatments if she does end up taking them. However, I think it’s more likely that both Jenny and Donnie will try naturally for a long time, and then go with an alternative if that ends up being unsuccessful.

Do you agree? Let us know your thoughts in the comments below.