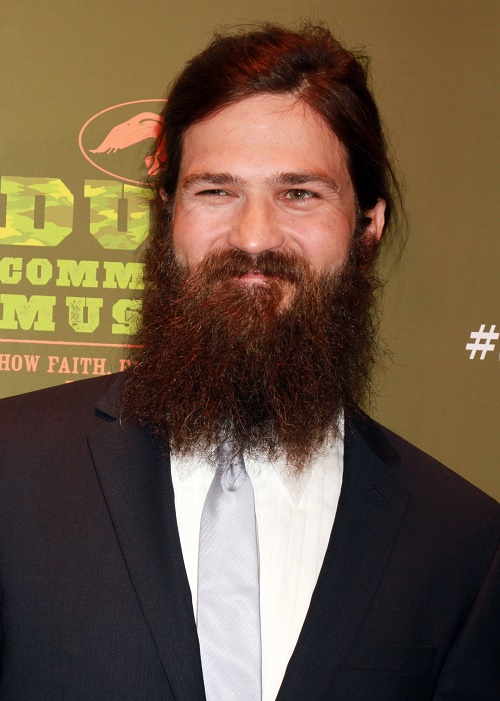 The Duggar sisters and Honey Boo Boo’s sisters weren’t the only reality TV stars that were victims of molestation – apparently Duck Dynasty’s Jep Robertson was sexually abused as a child too! This year the royal families of reality TV have been dropping like flies due to controversial child molestation scandals. So, it seems appropriate that Jep Robertson would choose now of all times to reveal that he too was a victim as a child.

The Duck Dynasty star is now 37 years old, but in a recent interview with Entertainment Tonight Robertson revealed that when he was 6 years old he was sexually abused by an older student on his school bus. Robertson explained, “I was 6 and it was on a school bus and it was an older girl. Back then the high school students would ride on the same bus as the grade school. There was this girl there that was just real mean…I don’t know, but it was a lot of things took place — scary stuff. It was tough.”

Robertson’s interview was apparently to promote a book he just completed titled, “The Good, The Bad, and The Grace of God.” In an excerpt from Jep’s book, he recounts the sordid events, “She’d take my hands and push them up under her shirt and tell me I was tickling her. Then she started making me pull down my pants. My mom always thought I was sick, I think for a while I just tried to bury it so deep that I kind of forgot about it for a while.” Ironically, the patriarch of Duck Dynasty – Phil Robertson – was under fire for making comments in 2014 that had critics in an uproar and accusing him of promoting pedophilia.

What do you think of Jep’s shocking confession? How absurd is it that all of these reality TV shows are being embroiled in child molestation scandals? Let us know what you think about it in the comments below!