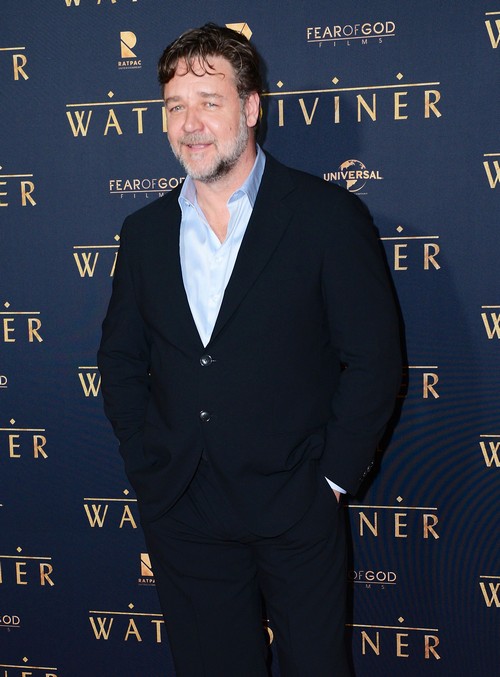 Russell Crowe has a habit of putting his foot in his mouth, and other celebrities, notably Jessica Chastain, are finally calling him out for it. For example, Russell Crowe recently opened his big mouth and told everyone that he thinks that female actresses above 40 are just complaining when they say there’s a lack of good roles for them. In his mind, the only reason these women aren’t getting cast in anything is because they are trying to play ingenues and not sticking to their own age.

Based on his gems of wisdom, “To be honest, I think you’ll find that the woman who is saying that [the roles have dried up] is the woman who at 40, 45, 48, still wants to play the ingénue, and can’t understand why she’s not being cast as the 21-year-old. If you are trying to pretend that you’re still the young buck when you’re my age, it just doesn’t work.”

Jessica Chastain, who’s one of the few actresses in Hollywood that remains outspoken and intelligent about Hollywood sexism, hit back against Russell Crowe, telling reporters at the National Board of Review awards gala, “I think he’s getting his foot stuck in his mouth.”

And that is really the best way of putting it, isn’t it? Jessica Chastain also added, “I think there are some incredible actresses in their 50s and 60s that are not getting opportunities in films. And for someone to say there are plenty of roles for women that age – they’re not going to the movies enough.”

The thing is – of COURSE Russell Crowe doesn’t see a problem for women in film… it’s because he’s NOT a 40+ year old trying to have a consistent career. He’s the one who got to headline Noah, while Jennifer Connelly was relegated to the wife role despite being equally as established and equally as talented. These actors will never really understand Hollywood sexism or racism unless it’s happening to them, and by nature of their gender and their skin color, it usually never happens to them. But at least we have people like Jessica Chastain around to call him out for his stupidity, amirite?