Jessica Simpson’s Husband Eric Johnson To Take Kids Away If She Doesn’t Check Into Rehab ASAP – Substance Abuse Out Of Control? 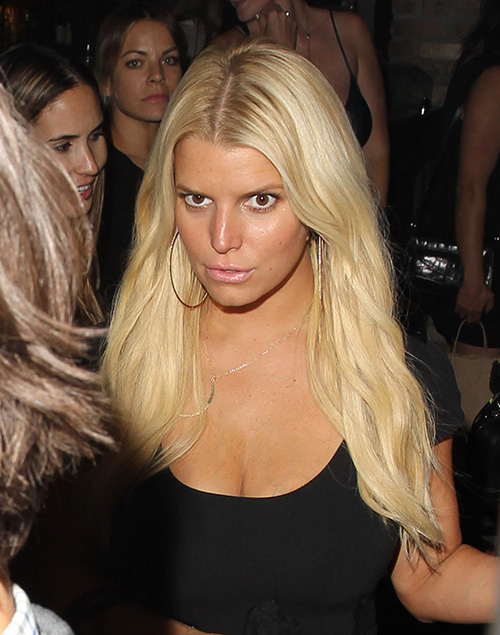 Is Jessica Simpson headed to rehab? If she plans on keeping her two kids Maxwell and Ace – then yes. Over the course of the past year, we have watched Jessica Simpson unravel right before our eyes. Every time she makes a public appearance, she appears a bit drunker than the previous time. And then there was that drunken fight with her hubby Eric Johnson where she allegedly gave him a black eye, and of course all the insiders dishing to tabloids that she is addicted to popping pills while boozing.

According to a new report, Jessica’s husband Eric Johnson has had enough. Johnson reportedly gave Simpson an ultimatum: sober up or kiss the kids goodbye! Radar Online is reporting that Eric ordered Jessica Simpson to go to rehab – or else he is taking Maxwell and Ace and leaving her! An insider dished to Radar, “He is worried sick that Jess’ conduct is going to start affecting their two children and that their oldest is starting to realize there’s something wrong with mommy.”

And, not surprisingly, Jessica Simpson is in total denial. The singer doesn’t seem to think that popping Adderall to stay slim and chasing it with Scotch is cause for concern. But her friends and family see the writings on the wall, she needs to check into a treatment facility ASAP. Radar’s source added, “She can’t be in denial any longer about the toll that her problems have taken on her marriage, or she could lose her husband her children – and her money.”
At this point, Eric Johnson taking their two kids away from her might be the wake up all that Jessica Simpson needs because she doesn’t seem to be listening to anyone’s concerns. It might be time to execute some tough love to get her into treatment.

What do you guys think? Is Jessica’s boozing and pill popping serious? Or are her friends and family over-reacting? Share your thoughts in the comments below!