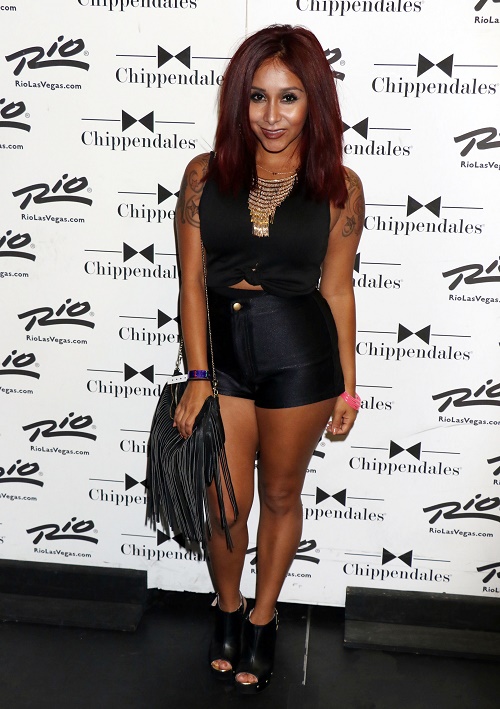 Was Snooki’s husband Jionni LaValle cheating? The Ashley Madison hacking scandal is ruining lives left and right. The dating website focuses on married men and women – who are interested in cheating on their spouses and looking for someone to have an affair with. The website was hacked and the personal information of users was leaked – exposing a slew of celebs who were on the prowl for a mistress, and Jionni was allegedly one of those men.

Josh Duggar was completely roasted by the internet this week after it was revealed that he was using the Ashley Madison website to look for women to cheat on his wife Anna Duggar with. But it looks like he was not the only reality TV star doing so. According to a new report from US Weekly, Jersey Shore star Snooki’s husband Jionni LaValle’s email was also on the list of Ashley Madison users that was released.

The Ashley Madison hacking is being investigated by Toronto police – and they are on the hunt for the culprits who have turned thousands of people’s lives upside down by releasing private account information. There have even been reportedly two alleged suicides related to the incident. But Snooki isn’t letting the Ashley Madison hacking interfere with her marriage. According to US Weekly, Snooki laughed off the allegations and insists that her husband (since November 2014) would never cheat on her.

We’re impressed with Snooki’s confidence in her marriage. But is she just being delusional? This isn’t the first time that Jionni has been accused of cheating on Snooki – but she always stands by her man. Maybe, it is time for her to open her eyes – seeing as how he was supposedly registered on a dating website that is designed to help men find women to cheat on their wives with.

Do you think Jionni is cheating on Snooki? Or is it all a misunderstanding? Let us know what you think in the comments below!