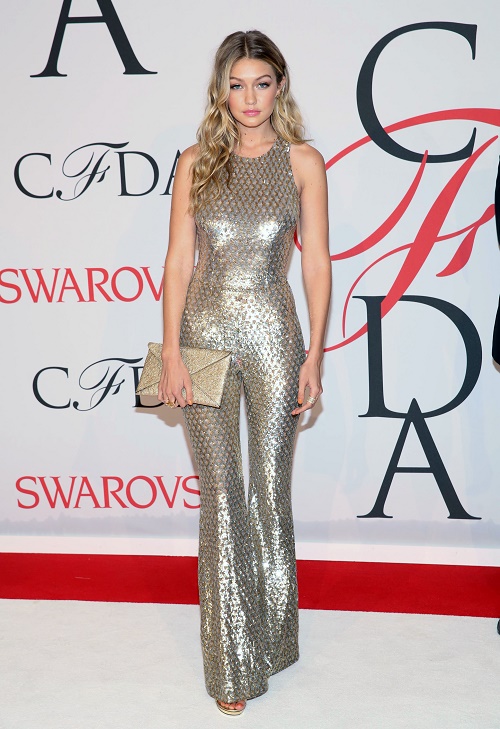 Gigi Hadid is dating Joe Jonas, and apparently completely over her recent break-up with longtime boyfriend Cody Simpson. Last month, Gigi Hadid and Cody Simpson confirmed they had broken up (again), and cited the reason being that they were “too busy” and their hectic schedules were making it impossible to be in a relationship. Apparently, Gigi managed to clear her schedule for Joe Jonas though.

Just a few days after Gigi and Cody’s break-up she was spotted out and about with Joe Jonas and instantly sparked rumors that they were dating, although they insisted they were “just friends.” But, it looks like there was definitely some truth to those rumors. The two young lovebirds were spotted on camera kissing on Thursday, June 4. Either Gigi just makes out with all of her “friends” or she and Joe Jonas are horrible at keeping their secret relationship a secret.

According to a new report from TMZ, Gigi and Joe Jonas went out together to a New York City bar on June 4. A witness dished to TMZ, “The couple was hanging in a bar Thursday night in New York City, and getting very cozy — Gigi planted a smooch on Joe’s hand while they were practically sitting in each other’s laps.” And the website obtained some photos of Joe and Gigi’s makeout session.

We’re going to go out on a limb right now and assume that Cody Simpson is not very happy with his barely ex-girlfriend. Seriously, if there was an award for fastest rebound ever – it would have to go to Gigi and Joe. We can’t help but wonder if Gigi and Joe’s “friendship,” was the actual reason for her and Cody’s break-up in the first place.

Do you think Gigi and Joe are dating, or are they “just friends” who make out with each other? Could Joe Jonas be the real reason that Gigi and Cody broke up? Let us know what you think in the comments below!