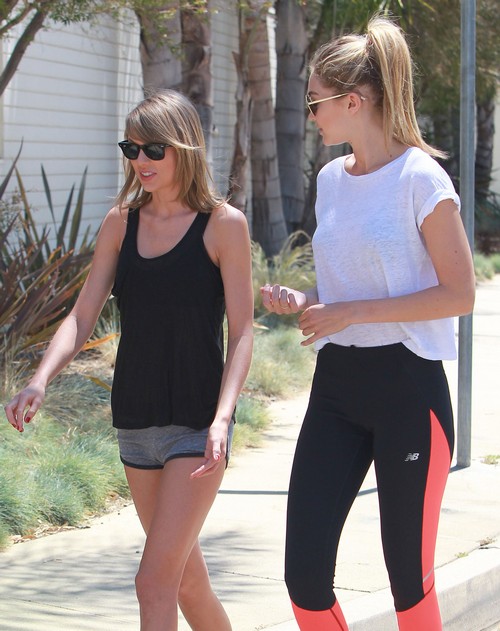 Gigi Hadid and Cody Simpson have spilt and are blaming the break-up on busy careers – typical Hollywood Newspeak for the couple isn’t telling the truth! It looks like things just didn’t work out for singer Cody Simpson and model Gigi Hadid this time either. After giving their on and off again relationship another chance the two young stars have decided to call it quits.

Gigi Hadid’s people released the following statement to Us Weekly; “Cody and Gigi want each other to be in a place right now that allows him to only focus on his music, fans, and new message, while she can focus and continue building her career. They love each other dearly and have split up in hopes that growing on their own paths will bring them together in the future. They remain friends with no hard feelings and are each other’s biggest supporters.”

The two young starlets have been dating on and off for two years now. Cody and Gigi first broke up last spring, but they were quick to rekindle their romance in the fall. They have been spotted at various events together since.

Cody Simpson has been working on building his music career, and Gigi Hadid is currently taking the fashion industry by storm as one of the newest sought after models. Cody recently revealed that their schedules were becoming quite busy, but he insisted that they were doing everything in their power to make their relationship work.

“We see each other more than you would expect because we’re dedicated to making it work and it’s not too stressful. We try to stay in a bit. We try to stay out of the spotlight,” the Australian singer told HuffPost Live.

Unfortunately, it looks like the spotlight and their schedules did not allow them to stay together.

The Hadid family is no stranger to dating musicians. Gigi’s younger sister, Bella Hadid, 18, is currently dating R&B singer The Weeknd, 25. The two have been spotted stepping out together, and much of the spotlight has been moving away from Cody and Gigi to focus more on Bella and The Weeknd. Now with Gigi and Cody a thing of the past, Bella will all eyes on her relationship. Let’s see if she and the Weeknd can handle the pressure.

Are you surprised that Cody Simpson and Gigi Hadid broke up again, or was it only a matter of time in your eyes? Let us know in the comments below.

Singer Taylor Swift and model Gigi Hadid spotted out for a hike on Mother’s Day in Los Angeles, California on May 10, 2015. The pair made sure to have a security guard hike with they wouldn’t run into any problems. FameFlynet