Kendall Jenner and Gigi Hadid Sent To Dubai To Entertain Rich Businessmen: Pimped Out By Modeling Agency As Paid Escorts? 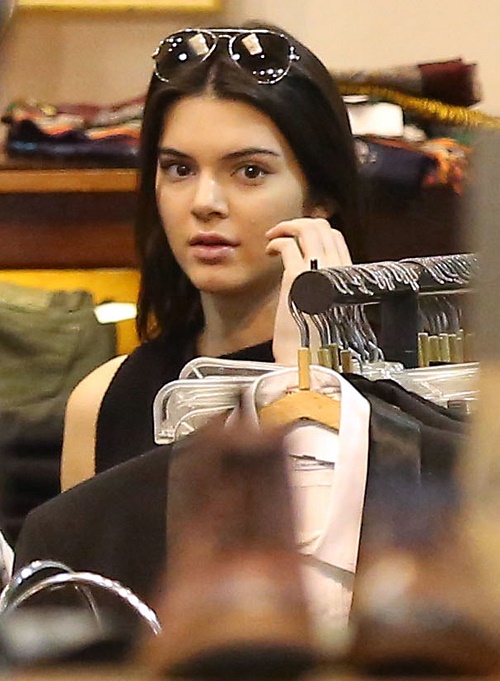 Kendall Jenner, Gigi Hadid, and a whole pack of their young and hot celebrity model friends recently spammed their Instagram accounts with pictures of their “Girl’s Vacation” to Dubai. But what Kendall and Gigi neglected to reveal is that their vacation did not cost them a cent – and was actually an all-expense paid trip by millionaires in Dubai who wanted some “gorgeous company.” Call us crazy…but that would make them paid escorts, not rich and famous jetsetters, right?

The February 2nd edition of OK! Magazine reveals that the flock of young, gorgeous models were flown over to Dubai to party at a New Year’s Eve party hosted by UAE businessman Mohammed Sultan Al Habtoor – and all of the fancy feasts, private jets, shopping, and personal tours of Dubai were all billed to the wealthy businessman. That’s a pretty big bill he racked up just to “enjoy the company” of Kendall Jenner and Gigi Hadid. One of OK! Magazine’s inside sources reveals that this isn’t the first time, nor will it probably be the last time, that the girls are pimped out to rich men in foreign countries.

OK! Magazine’s industry insider reveals, “Wealthy businessmen will have someone reach out to agencies on their behalf to request appearances from these girls. A private dinner can cost up to six figures, so of course the agencies take a cut. Don’t expect your trip to be entirely free though. If you are lounging on a rich guy’s yacht and drinking his champagne, chances are something is expected of you – whether it is a kiss or a lot of time on the dance floor.”

Did they just say what we think they said? So, basically Kendall Jenner and Gigi Hadid are being paid to keep old rich men “company?” There are a lot of words to describe that job…and model is not one of them. How funny is it that Kendall and her friends tried to pass their trip off on social media as a “girl’s vacation,” when in reality they were just being paid to entertain wealthy business men on their vacation? Would you call Kendall and Gigi paid escorts? Let us know what you think in the comments below!