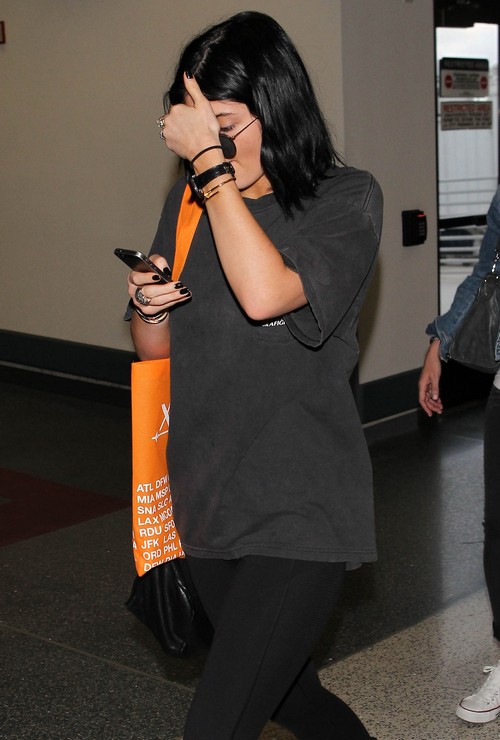 Kendall Jenner and her momager, Kris Jenner, are about to go through a very public and nasty breakup with Kendall firing her momager. According to Radar Online, Kendall Jenner is getting sick and tired of Kris Jenner’s exploitation and over-controlling behavior, and has realized that Kris is no longer in any position to make a difference to her career.

She’s got that right – Kris Jenner may be responsible for the Kardashians’ fame, but she’s manipulated their success to her detriment. Kris might also be a role model to successful famewhores everywhere, but never forget that the Kardashian sisters are more famous than Kris and far more in demand. A simple explanation for that is Kris’ age – obviously, 20-somethings and 30-somethings will be more interesting to the general population than 50-somethings that have been Botoxed beyond recognition.

However, Kendall Jenner is also well on her way to becoming the most recognizable/famous Kardashian in the entire family, and she has reiterated her desire to be known for more than her last name. She’s said over and over again that the Kardashian name has only held her back from her modeling career, and firing Kris Jenner would only help with that. Plus, why does she need Kris anymore? She’s legal, she’s got the coattails to ride on, and she’s successful enough that she doesn’t need the money. Sure, cutting off her momager might lead to some awkward family reunions, but if that means she can have a successful career that involves NOT being a Kardashian, good for her. At least someone in their ridiculous family is able to sustain a career outside of famewhoring, right?

What do you guys think? Is Kendall Jenner being smart by cutting off ties with her momager so early in her career? Will she come to regret this decision? Let us know your thoughts in the comments below.