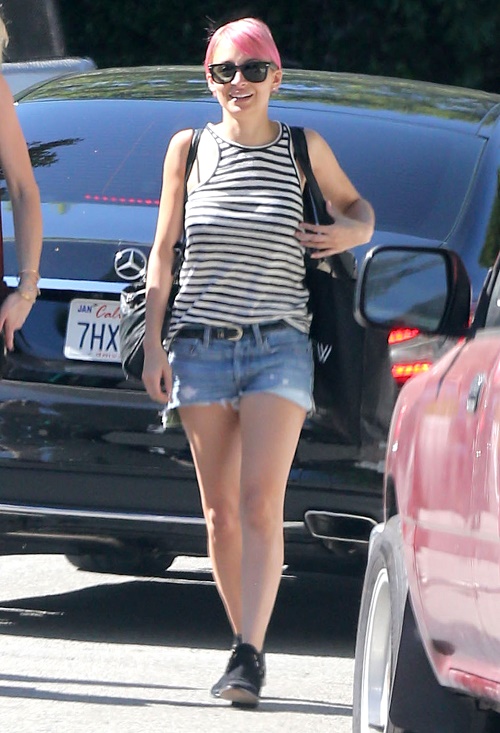 Joel Madden and Nicole Richie are fighting and their marriage is on the rocks…over vegetables. Nicole Richie has become an all-natural, die-hard organic mom to her two children, Harlow and Sparrow. But her husband, Good Charlotte rocker Joel Madden, has had enough of her healthy habits – he thinks their kids should be allowed to have a cookie once in a while, and he is tired of her dragging the kids off to holistic therapy sessions.

The April 20th edition of OK! Magazine reveals, “Nicole Richie is obsessed with indoctrinating her children in to her holistic lifestyle, but it is causing problems with husband Joel Madden. For starters, the 33-year-old designer feeds Harlow and Sparrow a very limited diet. She only allows them to eat vegetables grown in her garden. If Joel feeds him and it is not organic, she becomes furious.” OK! Magazine’s inside sources reveal that Nicole Richie has started taking her kids to “cupping sessions,” a therapy where holistic experts use suction cups to draw the toxins out of the kids – and Joel thinks that it is going too far.

Apparently, Nicole’s forcible hippy healthy lifestyle has created a major divide in their marriage. OK! Magazine’s source explained, “Their parenting style conflict has come to a head, they are fighting now more than ever.” Nicole obviously thinks that only letting her kids eat vegetables and sticking suction cups to them is for the kids’ best interests – but is she going too far? Nicole obviously isn’t the best advocate for healthy dieting considering she is always plagued by rumors of anorexia and eating disorders because she is too skinny.

Do you think that Nicole Richie is crossing a line by taking her kids to cupping sessions? If you were Joel Madden, would you be putting your foot down to, or should he relax and let Nicole raise the children the way she thinks is best? Let us know what you think in the comments below!