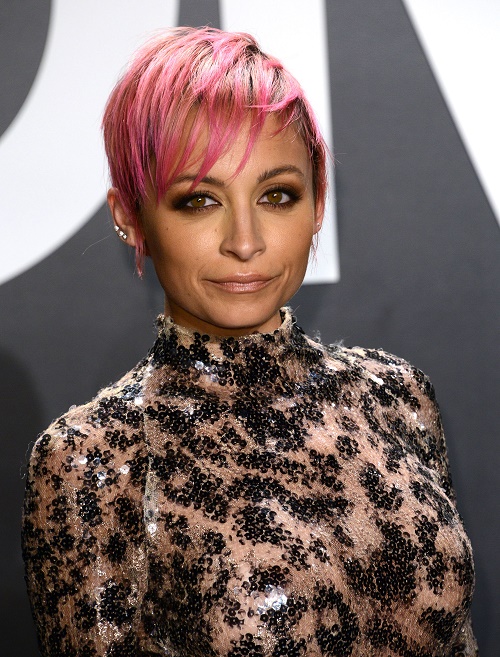 Nicole Richie is pregnant with baby number three! Nicole Richie and her husband, Joel Madden, already have two children together, 5-year-old Harlow and 3-year-old Sparrow. It’s no secret that the couple wanted to get pregnant again, but Nicole’s health was a concern because she was so thin and was having a hard time conceiving. Apparently, Nicole Richie got her health under control, because she was spotted in Australia with an obvious baby bump!

The April 6th edition of OK! Magazine reveals that Nicole Richie was spotted in Australia, and there was no denying the fact that Joel Madden’s wife was pregnant again. According to OK!, “It looks like some new life lessons could be in store for the House of Harlow 1960 designer, who on March 16th was sporting a noticeable baby bump during a visit to Sydney, Australia.” An eyewitness dished to the magazine, “She definitely looked pregnant. She tried to cover it in a loose-fitting dress, but when the wind blew against her belly it was hard to miss!”

Despite her wild party girl ways, Nicole Richie transitioned into motherhood rather smoothly and has embraced her role as a mother to Harlow and Sparrow. The former reality TV star and ex BFF of Paris Hilton has gushed in interviews about how much she loves caring for her children – and has even taken up gardening and pureeing her kids’ baby food from fresh produce. Although Nicole was extremely busy getting her new fashion line up and running, pals of Nicole and Joel told OK! Magazine that the couple have always wanted to expand their family – and Nicole was dying to have another girl so that Harlow could have a little sister to grow up with.

So how excited are you about Nicole Richie’s baby bump? How far along do you think she is? Will she get lucky and get the little sister for Harlow that she always wanted? Let us know what you think in the comment section below!