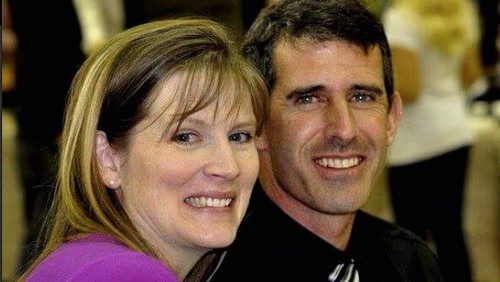 The Josh Duggar scandal continues! Not content with watching his family-in-law falling into pieces like Dr Kevorkian’s career, Michael Seewald, Jess Duggar’s father-in-law, expressed his heartfelt sentiment on The Michael and Guinn Seewald Family Website, aka M&G. In the maudlin mini-essay, aptly titled ‘Grace Greater Than Our Sin,’ Michael waxes lyrical about Josh’s past and the Duggar family in general.

In case you’ve been chilling with Patrick and Spongebob under the sea, Josh Duggar admitted to molesting at least five girls when he was a teenager. The public outrage forced the TLC network to pull the Duggar family’s hit-show, ’19 Kids and Counting,’ off the air. The disgraced network experienced a similar fracas when a pictured surfaced of June Shannon from ‘Here Comes Honey Boo Boo‘ fame frolicking with Mark McDaniels, the man who molested her own daughter for ten years.

Under the heading, “Why Am I Weighing In?,” Michael writes: “It pains me to see that they [the Duggar family] are now having to relive the nightmare that had been laid to rest well over a decade ago with Josh’s repentance and reformation, but I feel compelled to bring some context and reason to the bloodletting that many are engaging in and to come to the aid of our dear friends and family.”

The faith-oriented essay sparked a heated debate on forums/blogs/websites across the globe. Detractors view it as a lopsided pious debate without merit, while supporters view it as a powerful example of reformation. What bothers me the most is the fact that Michael felt the urgent ‘need’ to voice his opinion on a public forum. A sincere message can easily be regarded as a self-indulgent form of coat-tailing. Michael Seewald’s essay went viral within minutes. The media – and curious keyboard warriors – descended on the website like a bunch of maniacal vultures. The more visitors you get, the more money you make.

This leads us to the million dollar question: Is Michael’s essay a publicity stunt? If so, why? If not, why not? You decide for yourself. Let us know your thoughts in the comments below.