Josh Duhamel and Fergie On Verge Of Divorce: Josh Wants Singer To Focus On Getting Pregnant, Not Career? 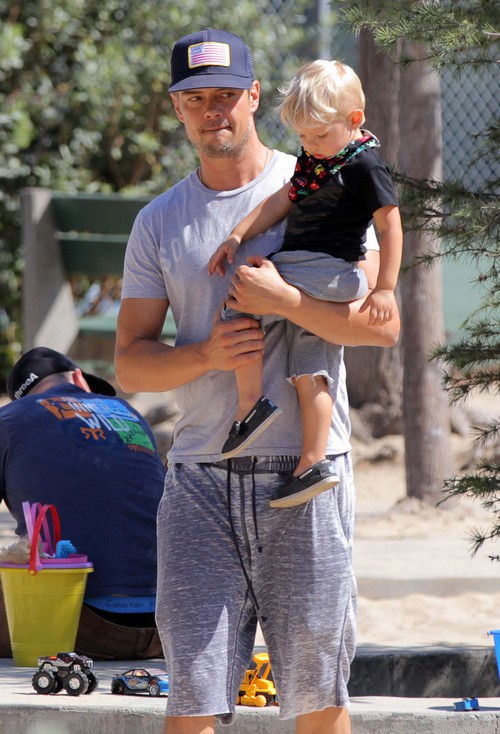 Are Josh Duhamel and Fergie on the verge of a divorce? The former singer and actor tied the knot in 2009, and since then had their first son, Axl. Now, Josh is eager to add to their family and try to get pregnant with baby number two, but Fergie has other plans – like her highly anticipated comeback album. According to a new report, Josh and Fergie’s marriage is on the rocks because Fergie has devoted herself to her career – rather than her family.

This week’s edition of OK! Magazine reveals that Fergie is spending all of her time at the studio working on her new album – and her hubby Josh has told her that ‘enough is enough.’ An inside source close to the couple dished to OK! Magazine, “Josh feels like a single parent, it is causing tension in their marriage. Josh loves spending time with Axl, but he feels like Fergie is distant and time is running out for them to have another child.”

In a recent interview Josh Duhamel was asked if he and Fergie had any plans to have another baby – the actor replied that he “would love to” but because of his and his wife’s schedules, it seems nearly impossible. Duhamel explained, “I would love to, she would love to, but right now it is figuring out when it is going to happen.” According to the tabloid’s inside source, Josh Duhamel is frustrated and ready to give up on their marriage if they don’t start “functioning like a family unit” soon.

Fergie is 40 years old, and hasn’t released an album is over 8 years – we get that she wants to get back to her music before its too late. But, at what cost? This new album could turn out to be a huge hit, but who is going to share the success with her if she loses Josh and Axl in the process? Do you think there could be a divorce in their near future? Or will Josh and Fergie be able to get back on track? Let us know what you think in the comments below!

Actor and busy dad Josh Duhamel takes his son Axl to a park in Santa Monica, California on October 3, 2015 by FameFlynet