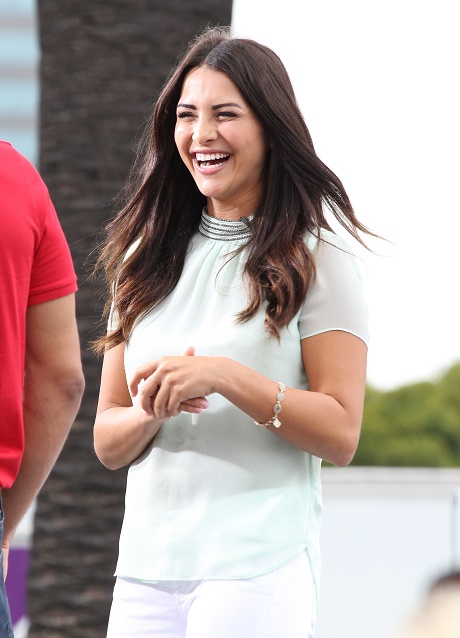 Josh Murray is so over Andi Dorfman, the 2014 Bachelorette – and he is looking for a new girlfriend online. Josh and Andi’s relationship was over basically as soon as it started, but the former Bachelorette and her fiancé finally threw in the towel on their showmance in January 2015, the same week as The Bachelor premiere. Now, Josh Murray is on the prowl for a new girlfriend, hopefully one that actually wants to marry him and doesn’t just want to be famous.

The former Bachelorette star tweeted an adorable photo of his dog – the same dog that Andi Dorfman used to post photos of on her Twitter page and he announced they were going to the park to go “mommy hunting.” Apparently, being a single father of a grown dog is a little too much for Murray to handle, so he is searching high and low for a girlfriend to help him raise the canine. We’ve heard of men using babies as bait to pick up girls – but a grown dog may not be quite as successful.

Most likely Josh Murray’s dig about finding his dog a “new mommy,” was just payback for Andi Dorfman bragging about her date at the Kentucky Derby on social media. Andi and Josh are basically in a race to see which one of them can move on sooner. Josh actually took Chris Soules’s ex Ashley Iaconetti out on a date last month, so technically he had the Kentucky Derby date diss coming. Considering Andi Dorfman’s maturity level, we are sure that she is seething over Josh’s latest social media post, and in a matter of hours she will have some sort of witty comeback proving that she is way more over him, than he is over her.

So, if you were a fan of Josh Murray when he starred on The Bachelorette, then you might want to hit up the dog parks in Atlanta, because he is single and ready to mingle. Do you think that Josh Murray’s tweet was a low blow? Does Andi have any reason to be upset about him finding his dog a “new mommy?” Let us know what you think in the comments below!