Judge Judy Sheindlin Health Risk: Overworked and Exhausted – Will She Collapse From Fatigue or Have Another Stroke? 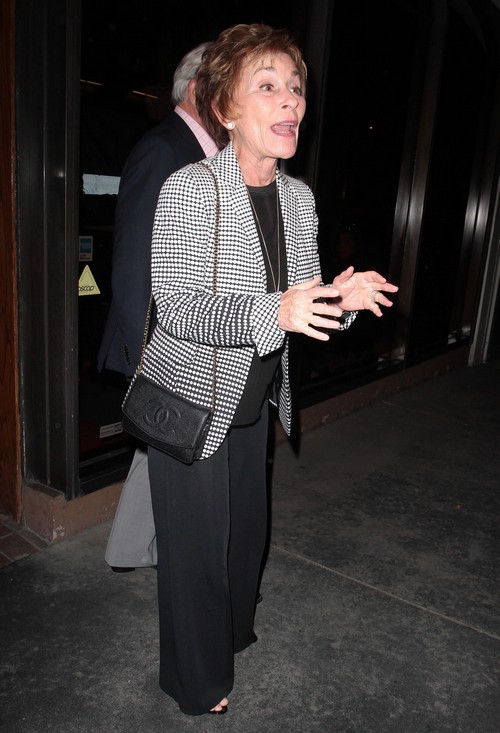 TV icon Judge Judy debuted in her daytime courtroom television series in 1996, and has been working nearly 700 cases a year ever since for the past nineteen years, nearly two decades! Despite the fact that Judge Judy has celebrated her 72nd birthday, the courtroom diva continues to work around the clock seven days a week, at a grueling pace that could wear down any young and ambitious career woman – let alone an elderly woman in her 70’s.

According to new reports from GLOBE Magazine, Judge Judy’s extreme and exhausting work schedule is finally beginning to take a toll on the 90’s breakout TV star. The judge was recently spotted leaving a restaurant with her 81 year old husband, and witnesses were doing double takes when they realizes that the elderly and frail woman was THE Judge Judy. According to a GLOBE insider that specializes in star body language, “Poor Judge Judy looks like she is burned out and exhausted. She appears very tired and just sick of it all. It also looks like her chin is dropping and she has a slacked jaw, another sign that she is extremely tired and worn out.”

This isn’t the first time that Judge Judy has bitten off more than she could chew career wise, and her health got the better of her. In 2011 Judith Sheindlin wore herself down and neglected her health to the point that she suffered a stroke while filming an episode for her syndicated courtroom talk show and she was rushed to the hospital after she began speaking incoherently. Hopefully, Judge Judy doesn’t press her luck and takes some time off and gets some much needed rest and relaxation before she has another serious health scare.

Do you still turn in to Judge Judy’s daytime TV show? Are you as amazed as we are at the 72 year old’s insane work ethic? Should she slow down before she winds up back in the hospital? Let us know what you think in the comment section below!