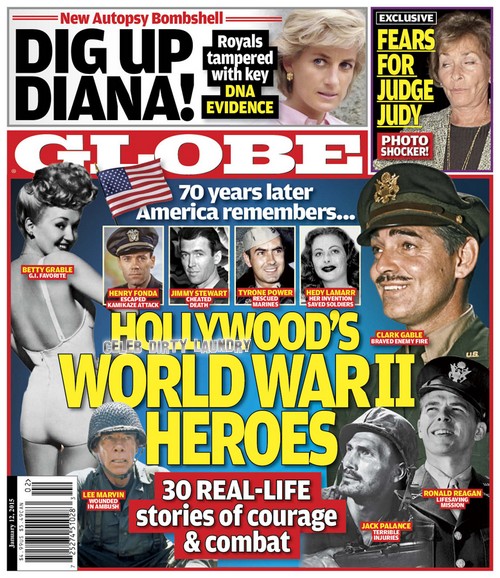 Queen Elizabeth and the Royal family never trusted Princess Diana after she caught Prince Charles cheating with Camilla Parker-Bowles. Prince Charles’s first wife Princess Diana, the mother of Harry and William, took many secrets to her grave with her after her unexpected death in a mysterious car accident in 1997. Conspiracy theorists have had a field day with Princess Diana’s death, and almost two decades later it is still a controversial topic for many. A large portion of Princess Diana’s fans and followers believe that the Royal Family was responsible for the car accident, or at least responsible for a major cover-up.

The January 12th cover of GLOBE Magazine teases an exciting story on evidence from Princess Di’s death. The title blares, “New Autopsy Bombshell: Dig Up Diana! Royals Tampered With Key DNA Evidence.” So, what DNA could the Royal Family have tampered with if Princess Diana was killed in a car accident? Well, GLOBE always has the inside information from their Royal Family’s inside sources – and two weeks ago they revealed that Kate Middleton met with Princess Diana’s secret daughter Sarah (who is actually older than Prince William and possibly the true heir to the throne). So, the DNA tampering that GLOBE is referring to may be regarding Diana’s secret daughter, because the Royal Family definitely wants to keep Sarah hidden. Another possible DNA tampering could have been to hide Diana’s unborn baby with her boyfriend Dodi Fayed, conspiracy theorists believe she was pregnant when she died in a fiery car crash and the Royal Family hid that pregnancy as well.

As soon as this week’s edition of GLOBE Magazine hits the stands we will be running out to grab a copy so we can get all the juicy details on Princess Diana’s DNA tampering story – we are just dying to know what GLOBE’s insiders have to say and whether it is referring to her secret daughter Sarah. Do you think the Royals tampered with Princess Diana’s DNA after she passed away? Was there a major cover-up? Let us know what you think in the comments below and don’t forget to check CDL later this week for all of the inside information.