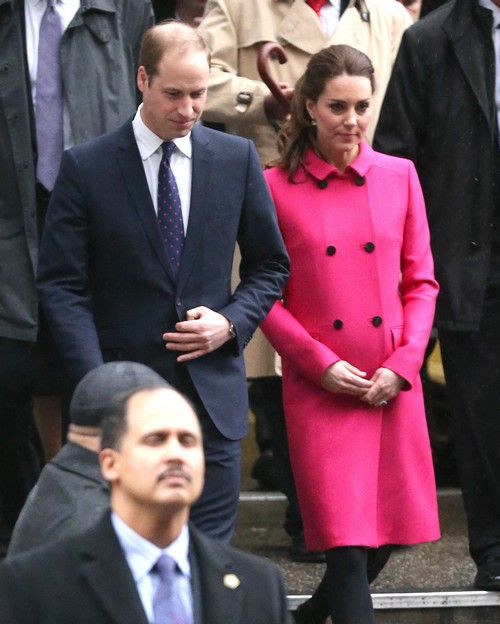 The Royal Family of Queen Elizabeth is plagued with scandals and poorly kept secrets. One of the most intriguing scandals thus far is the rumored “secret daughter” of Prince Charles’s first wife Princess Diana – who Kate Middleton met in New York City earlier this month. According to a tell-all book mixed with fiction, Royal Investigator’s secret reports, and rumors that have been floating around England for years – Kate Middleton is now involved with Princess Diana and Prince Charles’ secret daughter named Sarah who  is eight months older than Prince William and living in hiding in the United States.

As GLOBE Magazine has reported in the past, Princess Diana was put through a slew of medical tests before marrying Prince Charles to ensure that she would be able to produce a royal heir. The doctors on the Royal Family’s medical staff supposedly extracted Diana’s eggs and fertilized them with Prince Charles’s sperm to confirm that the two lovebirds would be able to have children. However, after the shady and then experimental procedure was completed, one of the doctor’s went rogue and stole Diana’s fertilized egg and implanted it in his wife. The wife of the doctor served as a surrogate and gave birth to Prince Charles and Princess Diana’s secret daughter…and named her Sarah.

Prince William knew that Palace Investigators had located the alleged secret daughter of his mother – and his curiosity got the better of him. According to the latest edition of GLOBE Magazine, “Insiders say William didn’t think it was appropriate for him to meet Sarah himself, so he asked Kate to have an informal private chat in New York – and he arranged the trip. William was stunned when Kate told him that Sarah was a mirror image of her mother, and really could be his older sister.”

So, what is William’s next step? Well, Palace Loyalists have already threatened Sarah’s life and drove her in to hiding in the states. At this point William has to make a decision, does he want to take the chance of having a DNA test done on Sarah and risk putting his maybe sister in serious danger? Prince William’s search for his sister could also backfire in his face, because technically she is the rightful heir to the throne, and eight months older than him – which will not go over well with his family, or the people of Great Britain?

What do you think of the twisted story of William’s secret sister Sarah? Do you believe ‘Princess’ Sarah she really exists? If she does, should Prince William and Kate Middleton let her continue her low-key life? Or should he verify that she is his sister, and if so do right by her? Let us know what you think in the comments below!