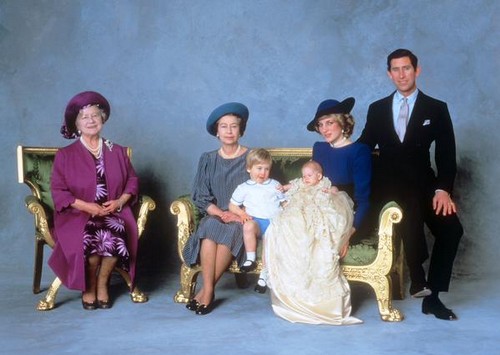 Kate Middleton puts up with plenty of condescension from the royal family, Kate being a commoner and all, but Camilla Parker-Bowles has been downright hostile to Prince William’s lovely pregnant wife. There are rumors floating around that Queen Elizabeth is planning to abdicate the throne on Christmas, which would leave King Prince Charles on the throne and Queen Camilla Parker-Bowles indirectly in control of the British monarchy. Kate Middleton is absolutely petrified that Camilla Parker-Bowles, her arch enemy, will become Queen (Queen Consort) and make her life a living a hell. Queen Elizabeth’s abdication would leave absolute chaos in its wake, which is why I think the possibility is very unlikely. However, there are enough whispers floating around about the mere possibility, and it reportedly has Prince William and Kate Middleton terrified of what’s to come.

If the Queen does abdicate on Christmas, Prince Charles and Camilla Parker-Bowles will gain immediate control of the throne. Right now, Prince Charles controls the royal press offices and has a small list of royal responsibilities, but nowhere near the level of control or power that Queen Elizabeth holds. And honestly, I can see why the Queen is so hesitant to give Charles more responsibilities, since he’s fumbled at almost every pass. Sure, Queen Elizabeth considers her job a job for life, and she’s admitted in the past that she never wants to abdicate the throne willingly. However, things will go bad more ways than one if Charles and Camilla get absolute power. Bumbling Prince Charles will make numerous royal faux paux over the next few weeks, and Camilla Parker-Bowles will somehow twist and turn everything to her benefit. In other words, they will ruin all the hard work that the Queen has put in over the last few decades, and they will plummet the royal family’s public approval ratings into the toilet.

In the end, is it surprising to anyone that Kate Middleton and Prince William are so worried about Charles and Camilla taking over the throne? I know I would be, if I was them. What do you guys think about the possibility of Queen Elizabeth abdicating? Let us know your thoughts in the comments below.