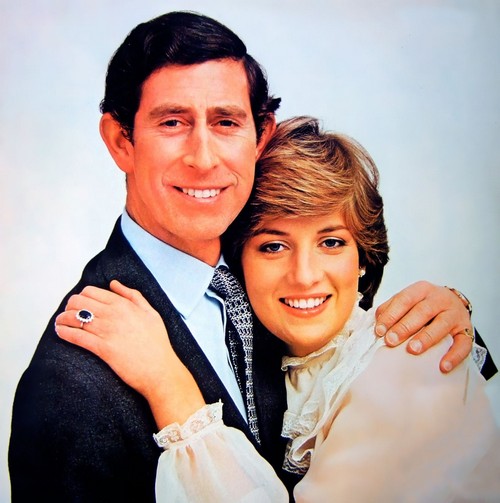 Prince William and his pregnant wife Kate Middleton recently traveled to New York City for a high-profile tour, the media tracked the Royal couple’s every move and photo opportunity. However, Kate Middleton managed to conduct a super secret meeting right under the press’s noses with the last person anyone would have expected to see her with… Princess Diana’s secret daughter Sarah who could be a new heir to the British throne!

According to the December 29 edition of GLOBE Magazine, “Prince William’s pregnant wife carried out a top-secret mission while in New York – quietly meeting with a woman Palace insiders believe is Princess Diana’s secret daughter.” Sources say Sarah was smuggled into Kate’s sitting room by aides under the guise of the being part of the royal’s party domestic staff.

Rumors have floated around for years that Diana may have a secret daughter – and a novel titled “The Disappearance of Olivia,” which mixed facts and fiction claimed that in 1980 Princess Diana was seen by a royal doctor when she was only 19 years old and was forced to have her eggs harvested and then fertilized by Prince Charles to ensure that she would be able to produce a royal heir. According to rumors and the novel, one of the doctors stole Princess Diana’s fertilized egg and implanted it in to his wife.

This week’s edition of GLOBE reveals that Prince William desperately wanted to know if Sarah existed – so he had Kate meet with the woman. Palace insiders informed the magazine that Sarah filled Kate in on all of the gruesome details of the scandal. She had no idea she was not her parents’ child until they both passed away in a car accident and she found a diary revealing she was the product of in vitro fertilization. She began searching for the egg donor, and received a cryptic call threatening her life and ordering her to stop looking – so she packed up and moved to the United States. According to GLOBE, Kate was shocked by Sarah’s resemblance to William and informed her hubby he needs to investigate closely because she thinks Sarah might really be his sister.

If a DNA test is done and proves Sarah is technically Prince Charles and Princess Diana’s daughter, then it could cause total pandemonium in England as she would legally be considered the next heir to the throne, after Prince Charles and ahead of Prince William and Prince Harry since Sarah is 8 months Will’s senior! This would totally destroy Kate Middleton’s chance to ever be Queen and Prince George would become just another royal cousin. Obviously, there are Royal Family supporters and extremists who want to ensure Sarah never surfaces, so the safest place for her right now is living under the radar in the United States.

What do you think of the story of Princess Diana’s secret daughter? Do you believe the story is true, or a little far-fetched? How insane would it be if Sarah wound up being second in line to the British throne? Do you think that the mysterious woman’s life could be in danger? Let us know what you think in the comments below!