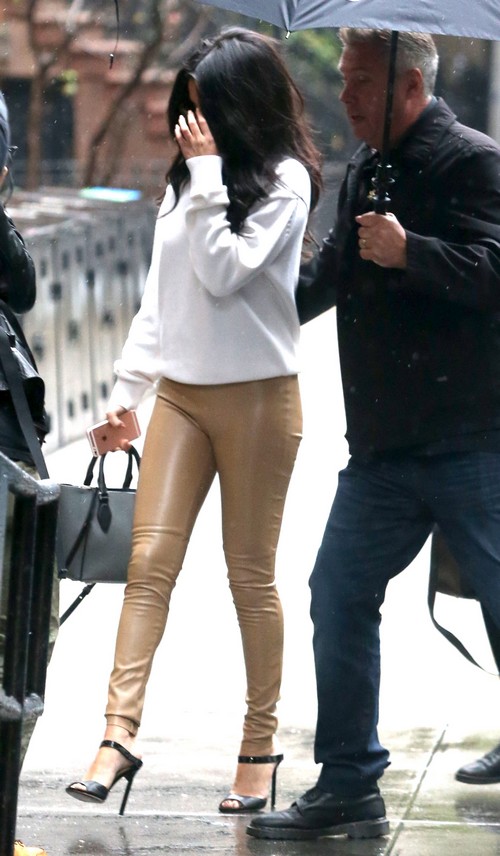 Is there a Biebs and Ariana movie in the works? Justin Bieber and Ariana Grande dating rumors seem to pop up every other month on the Internet, and if their managers’ plans for them work out – then those rumors could turn out to be true sooner rather than later.

Justin and Ariana have an overlapping fan base, and combined the two celebs could turn out to be unstoppable, and that is why their managers’ are trying to land them a movie contract ASAP.

Justin Bieber and Arianna Grande’s manager seems to think that the two pop-singers could be the next Brad and Angelina (which we think is a bit of a stretch). Justin and Ariana already have a joint tour in the works, which is sure to sell out as soon as the tour dates are finalized. Now, according to a new report from Naughty Gossip – there is also talks about a movie as well.

An inside source close to the pop singers dished to Naughty Gossip, “He thinks they could be the next Brad and Angelina. They are both very talented and if they find the right script this could be huge. They love making music but making films will be the next step for both of them.

Beyonce is a movie star, so why shouldn’t they be too?” Ariana has an acting background on Nickelodeon – we’re not entirely sure that a movie will help Justin’s career though, it could wind up hurting it based on his lack of experience.

Ironically, Justin’s ex Selena Gomez and Ariana Grande already have some beef between them. If Justin stars in a movie with Ariana – it could put jealous Selena Gomez over the edge. What do you guys think? Could Biebs and Ariana be the next Brad and Angelina? Or will their movie turn out to be a huge flop? Let us know what you think in the comments below!