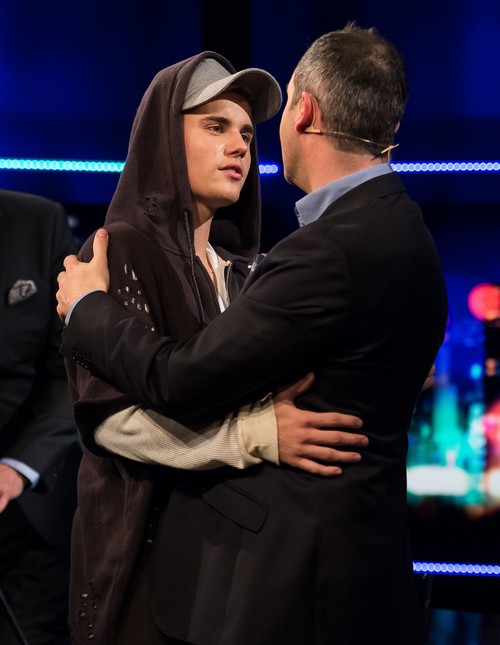 Ariana Grande has been in talks to join Justin Bieber for several shows on his tour. It seems everyone is excited except for Selena Gomez, who reportedly fears a Justin and Ariana hook up if the two pop stars end up performing together.

Justin Bieber is definitely going through a stressful period, which is why the “Baby” singer stormed of an Oslo, Norway stage earlier in the week. Selena Gomez was so worried about Bieber’s blow up on stage that she called his mom. Gomez pumped the Biebs’ mom for information and also told assured her that she would be there for Justin. If she needed anything, Selena wanted them to know she was just a phone call away. There were even rumblings that Selena Gomez might be tempted to hop a flight and stay by Justin Bieber’s side.

With reports that Justin Bieber is planning to team up with Ariana Grande as a special guest on certain dates of his “Believe” tour, Selena Gomez really has a good reason to worry. Ariana and Justin were already in the studio together but both singers are much more single now.

A Justin Bieber and Ariana Grande hook up would be great for their careers and for headlines. On top of that, Grande just demoted her momager and took over her own career. Now that means that Ariana Grande can pick who she dates too. Selena Gomez better step her game up if she wants Justin to even give her a glance!

Justin Bieber’s “Purpose” album hits stores on November 13 and Ariana Grande is among five artists featured on the sure hit. The other four artists to collaborate with Justin Bieber for his next album are Big Sean, Travis Scott, Nas and Halsey.

Selena Gomez is seething with jealousy according to a source in the music industry. Gomez wanted in on Justin Bieber’s album too. Of course, Selena wants close to anything that Bieber is involved in. Selena also would like to have some guest spots on Justin BIeber’s tour but she knows that won’t be happening.

That’s probably why Gomez is so upset about news that Ariana Grande is signing on. Selena doesn’t want a single Ariana Grande spending too much time hanging with Justin Bieber. Selena still thinks she has a chance to fix their relationship even though they have been broken up for over a year.

Don’t be surprised if Selena Gomez goes out of her way to get by Justin Bieber’s side. Gomez wants to get close before Ariana Grande can get her hands on him.