Selena Gomez Worried for Justin Bieber after Concert Tantrum: Will SelGo run to Biebs’ Side to Save Him? 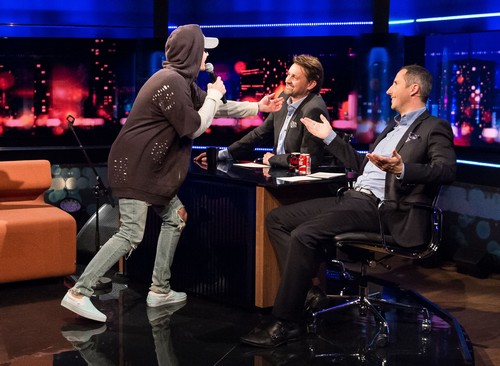 Selena Gomez is really worried about her ex-boyfriend Justin Bieber after he stormed off stage part-way through a concert in Oslo. The “Come and Get It” singer even reached out to the Biebs’ mom to make sure he was alright after Selena heard about how Justin lost it after performing just one song.

Justin Bieber walked off the stage after only singing one song during a concert in Oslo, Norway. Bieber was leaning down to clean up a spill and his fans wouldn’t stop reaching up to touch them. Justin got mad after he asked the starstruck fans to stop and they kept on reaching for him.

So here’s the thing, wouldn’t you expect a Justin Bieber superfan to behave like that when they are in the front row at his concert? That’s why fans buy front row tickets, for a chance to get real close to their favorite star.

The “Baby” singer’s giant tantrum was a little bit much considering why he was so angry. And another thing, why was Justin Bieber cleaning up his stage during a concert? Isn’t the stage crew supposed to do that?

Anyway, the whole ordeal has Selena Gomez thinking her former lover is about to mentally break and she wants to make sure he’s okay. It wouldn’t be a shocker if Selena hopped a flight to check on Bieber and help him get his head straight.

Justin Bieber has since apologized for his temper tantrum via Instagram. The picture on Bieber’s post was a screenshot of his quote, “I’m not doing the show.” The caption was a lengthy apology that came across as both insincere and kind of sorry-not-sorry.

His fans are still really upset about the way things went down and so far, there’s no word on a refund for the Oslo concert. Who wouldn’t want their money back for a concert where the artist throws a hissy fit after just one song and storms off stage? The caption read:

“Sadly it’s Been a rough week for me, long days no sleep, while having to be “on” as they would say for cameras fans etc. In no way did I mean to come across mean, but chose to end the show as the people in the front row would not listen. Hopefully people will understand where I am coming from. I don’t always handle things the right way but I’m human and I’m working on getting better at responding not reacting. Unfortunately people were affected by this as am I. For the people in the back I am so sorry and for anyone I may have disappointed im sorry. Sorry for wasting the tv people’s time I’ll be sure to make it up to you next time on tour.. With love Justin.”

That must be why Selena Gomez was so quick to check on her on-again, off-again beau. If Selena was worried enough about Justin Bieber to call his mom, then don’t count her out for hopping a flight to check in person.

This would be a great time for Selena to reconnect with Justin. Gomez already made it clear that she hopes someday things will be different so she and Justin Bieber can be together. With Justin Bieber vulnerable, maybe Selena Gomez wants to swoop in and save him so they can have that storybook relationship that she keeps hoping for.

Pop star Justin Bieber makes an appearance and performs on the Norwegian talk show ‘Senkveld’ in Oslo, Norway on October 29, 2015 by FameFlynet