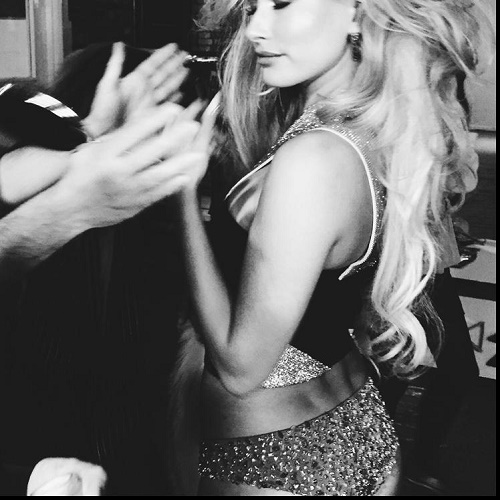 Hailey Baldwin is finding that she’s a lot more like Justin Bieber’s ex-girlfriend Selena Gomez than she thinks as she becomes embarrassed after he stops calling and finds herself getting desperate. Hailey, a model, and Justin were on a whirlwind love tour not long ago that ended with a vacation to Turks and Caicos and some quality time with Hailey’s family. And that family time may have been the catalyst in the demise of the couple’s short-lived affair.

Justin began to feel that Hailey, who he’d been chasing after and drooling over, was becoming a little too anxious about locking him into a relationship and decided to back off and let things cool down a bit. Hailey, who swore she’d never make the mistakes that Selena Gomez made when it came to handling the likes of Justin Bieber, started to sweat a bit when the calls and texts stopped. Hailey couldn’t understand why Justin pulled back and decided to try to play it cool by not making any attempts to contact him either.

After a few days, she thought perhaps he was simply busy promoting his new Calvin Klein ads. So she could show Justin she still cared while remaining cool and unaffected, Hailey posted the comment “Finally!!” in response to a video about Calvin Klein’s new spokesmodel Justin. She left it at that, hoping the nonchalant, but nice, comment would prompt Justin to reach out to her but all she got was radio silence.

Hailey then posted pics about a dinner date in London, and as of today, Hailey Baldwin has a new profile pic on Twitter that shows lots of skin—both acts that are beginning to scream desperation, just as Selena’s actions had so many times in the past.

And speaking of Twitter, Hailey threw some serious shade at Justin in what may be her attempt to completely break things off before Justin has a chance to so that she can save face. Although Hailey seemed to be sending a direct message to Justin to make him, and all her Twitter fans, believe she’s over him, secretly she still wants him and has been obsessed over the fact that he stopped calling.

She’s told friends that she cannot understand why things cooled down after they were going so well. The desperate tweet was originally posted by someone else and retweeted by Hailey, but the point is still quite clear in her message, “IDFWUUUUUUUU.” For those of you who have no idea what that means, it is the name of the song Big Sean reportedly wrote about his ex Naya Rivera which stands for “I Don’t F**k With You.” Basically, the whole song is about “dodging a bullet” in reference to Big Sean’s breakup with Naya.

Hailey’s hoping Justin will see her tweet and come rushing back. She may be waiting a while. Justin is getting so much attention for his new Calvin Klein ads and he is just relishing in it. Maybe Hailey should have learned a lesson from Selena. Justin plays games with women by making them feel super loved. Then he barely speaks to them and they’re left wondering what went wrong. Sorry, Hails, but you should have known better.

CDLers, should Hailey Baldwin putting all this effort into Justin Bieber?