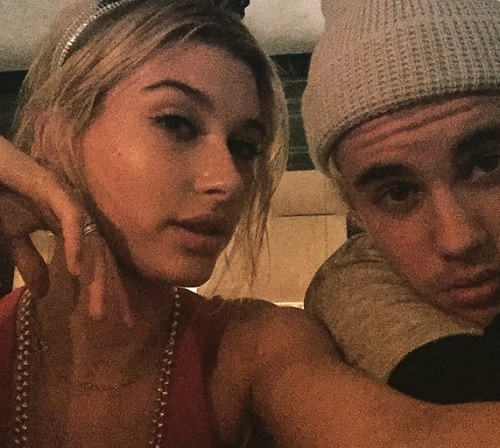 Hailey Baldwin has made her point clear: she is not going to put up with Justin Bieber’s games by waiting around for him like his ex-girlfriend Selena Gomez always had. Hailey wanted to make one thing very clear…she was in London, and apparently at a nice restaurant having a dinner date. The model tweeted about her dinner date with a nightime picture of a gorgeous view from a restaurant table. Justin Bieber doesn’t seem to be with her, as he’s currently too busy fawning all over his new Calvin Klein pics now that he’s been named the new spokesmodel for the designer (try to contain your laughter). I would have thought Underoos who have been more appropriate for Justin, who obviously bulked up for the ad but had some clever airbrushing work to give him more definition.

Hailey knows the mistakes Selena Gomez has made…over and over, and over again when it comes to Justin, and she is not about to make the same mistakes as Justin Bieber’s ex. The moment Justin and Hailey got back from their love fest vacation, Justin backed off a little. He still likes Hailey a lot but it has all been a little too much too soon.

While they travelled together, they were with Hailey’s friends and family. Justin felt Hailey was trying to move their relationship too quickly and that has always been a turn off for him. Justin felt Hailey was getting too close too fast after meeting her family and friends. While Justin didn’t break things off, he immediately started spending time with his crew and working on promoting his Calvin Klein ads. The moment Hailey noticed the texts slowing down and the phone calls becoming less frequent, she took drastic measures and made sure to publicize her dinner date for all to see on Instagram. No comments from Hailey on Justin’s Calvin Klein ads either, but likely both Hailey Baldwin and Selena Gomez are pretty jealous of model Lara Stone right now.

Hailey is pretty confident that by pulling back and playing things cool, Justin will come running back to her, not in the opposite direction as he did so many times with Selena. Smart play by Hailey…but do you think her plan will work, CDLers?