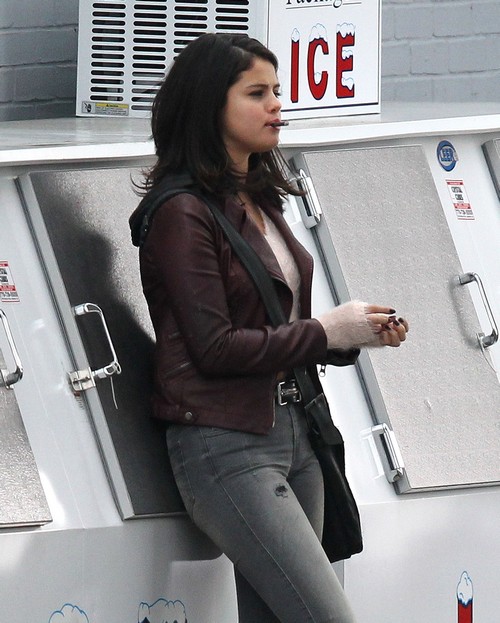 Justin Bieber is getting closer to Hailey Baldwin while secretly pining for Selena Gomez now that she has moved on with DJ/Producer Zedd, and Hailey will soon take Selena’s former spot as one half of the dysfunctional relationship that comes with being Justin Bieber’s girlfriend. As much as Hailey tries to play it cool, as though she can take or leave a relationship with Justin, she is constantly on call for him and happily jumps at the chance to spend time with him whenever he asks.  As CDL reported, Hailey is already feeling the insecurities that come along with being Justin Bieber’s girlfriend, tweeting “I just cannot compete” after Justin and Selena had a late night dinner for two recently. And based on the way Justin is feeling, it will only get worse.

Justin is still in a bit of shock that Selena seems to have moved on, and is in an actual relationship that she’s shared publicly with Zedd. Justin has always had the benefit of doing whatever he wanted while Selena hung on and put up with all of his antics. Justin would break up with Selena, then decide he wanted her back – and Selena always gave in and took him back. Each time he cheated on Selena, the couple would break up and Selena would threaten that she’d moved on but Justin always knew he could call Selena any time and she’d take him right back. But this break up has been much different and Selena seems to be showing Justin that his window of opportunity has finally closed. No longer do her pictures and tweets seem forced in an attempt to make Justin jealous. Selena seems to finally have moved on into a new relationship and it is driving Justin mad.

On Saturday, Justin went hiking with a few of his male friends to let off some steam. He is seriously messed up over the break up with Selena. It is the typical “high school”-type love affair. Justin could care less about Selena when they were together because he didn’t have to put in one ounce of work to have her. He wanted a challenge and there juts was none with Selena. In fact, her neediness and desperation helped drive him away. But now that he knows he can’t have her and that she moved on to someone new, he wants her even more. Not only did she find some confidence, but she’s got a new man – now she is truly a challenge for Justin and he wants her back.

Selena recently posted a video to Instagram showing a bowling date night with her new man Zedd as the couple is in Atlanta as Selena is there for a movie role. The couple also had a double-date night at STK with Zac Efron and Sami Miro recently, having lunch alone just hours before they met up with their friends. Selena loves that she can depend on Zedd, and that they have a normal relationship with dinner dates, double-dates with friends, and mini-vacations.

Selena’s new relationship has caused Justin to have a change of heart. And in a wild turn of events, Hailey Baldwin, who Justin was once after when he thought he still had Selena in his corner, has now become the obsessive, needy girl in his life that he needs as his back up. After the two vacationed together, Justin cooled things off, feeling Hailey was getting too close, too fast. Justin likes a challenge, but as much as Hailey may pretend to be a challenge, or seem nonchalant about the relationship, she is crazy for Justin and is at his beck and call. On Saturday, January 24, Justin invited Hailey to join him at the studio and she jumped at the chance. A few days earlier she couldn’t wait to meet up with him for lunch after he called. Wait and see…Hailey will become Selena 2.0.