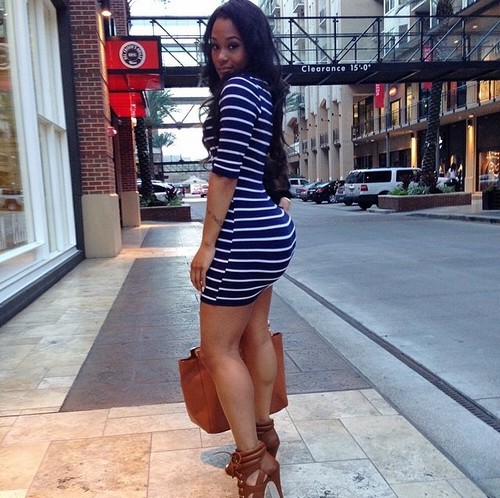 Justin Bieber is a PIMP. There is a new girl in Justin Bieber’s life – Lira Galore. Sounds like a stripper name right? Well, probably because Justin’s new flame is an exotic dancer – although according to her Instagram account she has hung up her tassels and is now an actress and model – yes actress and model wannabe – in the meanwhile it’s boobs for bucks, right?

Lira Galore, real name Lira Mercer, is no stranger to the music scene – she actually is also linked to rapper Drake. Drake flew Lira off to a private island vacation, although they both maintain that it was a “business trip.” I think we all know what kind of “business” you are in when millionaires are paying you to go on vacation with them, but that’s none of our business.

Justin Bieber was spotted partying the night away with Lira at Ivy Night Club, where he was still celebrating his 21st birthday. Lira took to Instagram and posted a video of herself with Biebs and shared it with her 1.4 Million followers – she later deleted the video. According to our friends at The Gossip Table, who had the inside scoop on Lira and Justin, pals insist that Justin is not dating the dancer/model/actress/mysterious business woman who gets paid to fly to exotic islands, and they are “just friends.” Yeah, we’re not buying it either.

Justin Bieber kicked off 2015 with his infamous “apology video” and vowed that he was turning over a new leaf, apparently that didn’t apply to his love life. Since the new year kicked off Justin has been linked to Hailey Baldwin, Yovanna Venture, Tyra Banks, Lira Galore, and has even reportedly been having secret chats with his ex-girlfriend Selena Gomez. Justin Bieber changes his women more than some people change their underwear – so we aren’t going to get too invested in Lira, there will probably be a new Lira next week. But, until then we’ll let the “model” bask in her five minutes of fame.