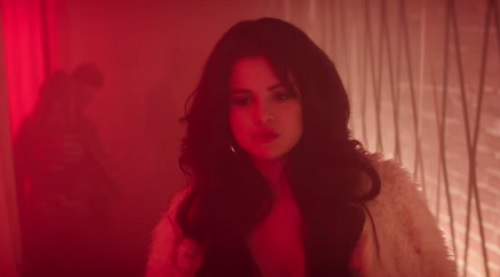 Selena Gomez and DJ Zedd’s highly anticipated new music video “I Want You To Know” hit the internet this week – and the timing couldn’t have been any more awkward. Selena and Zedd were rumored to be dating after getting to know each other while working together on the single – but the relationship recently crashed and burned because Selena Gomez was still obsessed with former flame Justin Bieber.

After news broke that Selena Gomez and Zedd had reportedly broken up after having a major blow-up over Justin Bieber, the pop singer jetted off to Paris, alone, for the end of Paris Fashion Week. Several sources disclosed on the internet that Selena and Justin were planning on meeting up in Paris and were using Fashion Week as guise. The paparazzi in Europe have much stricter privacy laws to protect celebrities, so Justin and Selena made plans to meet there so they could do so covertly.

Don’t get too excited yet, Jelena fans – we’re being told that any possibilities of a Selena and Justin reunion were squashed by the release of Selena and Zedd’s new music video, “I Want You To Know.” For those of you who didn’t follow Jelena over the years, the dynamic duo was constantly claiming they were working on music together – but they never stayed together long enough to finish any of it. Justin was devastated when he heard that not only had Selena moved on with Zedd, but she actually stuck it out long enough to create a hot new single with her new boyfriend.

Pals close to Justin’s circle explained, “Music was huge in Selena and Justin’s relationship. It was the one common ground they had that they didn’t fight about. When Justin learned that Selena had made a song with Zedd, it was the ultimate betrayal. Especially since the music they poured their heart and soul in to never seen the light of day.” Apparently, seeing the “I Want You To Know” video hit the internet opened old wounds for Biebs, and he is not even returning Selena’s calls at the moment.