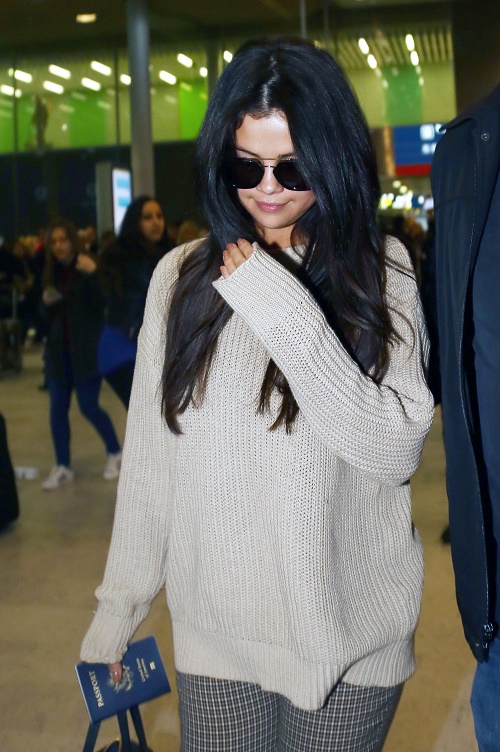 Selena Gomez and Zedd’s whirlwind romance has reportedly gone sour with a break-up as the German DJ dumped Gomez because he was tired of her obsessing over her ex Justin Bieber. Selena Gomez and DJ Zedd began hooking up while they were working on their single “I Want You To Know,” but despite the fact that Zedd spoiled Selena and treated her like a princess – Gomez just couldn’t move on from her first love Justin Bieber. Zeddlena had a major fight this week over her stalking Justin on the internet and following his every move on social media.

Fresh off her break-up from Zedd, Selena Gomez decided to spontaneously fly to Europe for Paris Fashion Week, despite the fact that the extravaganza is nearly over. According to insiders, Selena’s unexpected trip to Paris really has nothing to do with fashion – and the pop singer is en route to a secret rendezvous with her ex-boyfriend Justin Bieber. Unlike the lax laws in America, celebrities have much more privacy in Paris and it is actually illegal for photogs to hound celebrities and take their pictures without their consent. If ever there was a place to have a low-key meeting with your former flame – Paris is the place.

Justin Bieber has been busy juggling his flings with Hailey Baldwin and Yovanna Ventura – but sources close to his camp confirm that the singer has been in contact with Selena Gomez and they plan to meet up to “talk.” And by “talk” we mean get back together for the umpteenth time, and then slowly self-destruct again. A pal close to Justin’s circle reveals, “Selena has been trying to see Justin for weeks, but he was bitter over her relationship with Zedd and refused to give her the time of day. Now that Selena is single again, he can’t use that as an excuse anymore. We’ll all be shocked if they aren’t together again by the end of the month.”

Have you been following Selena’s love life lately? Do you think that she and Zedd are over for good? Is Jelena back on – Are Justin Bieber & Selena Gomez dating again? Let us know what you think in the comments below!