Zedd’s Friends Know Selena Gomez Will Run Back To Justin Bieber – Only Matter Of Time! 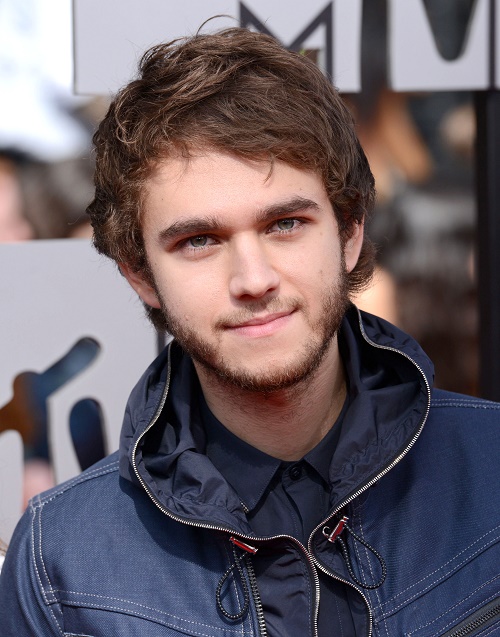 DJ Zedd worshipped Selena Gomez from afar for weeks before he finally got out of the friend zone and she began to look at him in a romantic sense. Selena and Zedd may be “dating” now, but everyone including Zedd knows that her heart still belongs to her on-again off-again boyfriend Justin Bieber. Selena even recently confessed in an interview with V Magazine that she “would always love” Biebs. Apparently Zedd’s insecurities are getting the best of him, and he is petrified that he is going to lose Selena to Justin. So petrified that he is smothering the pop singer and won’t let her out of his sight – he even banned her from attending Justin’s birthday celebrations.

Zedd’s pals have had enough of his relationship with Selena, and are scared that she is seriously messing up the DJ and clouding his judgment. They are trying to convince Zedd to cut the complicated “The Heart Wants What It Wants” singer loose, but he is so blinded by his infatuation with her, that he won’t listen to anyone. We spoke to a friend of Zedd’s who revealed, “Everyone knows Selena still loves Justin. It’s like the worst kept secret in Hollywood. Zedd is just going to get his heart broken – but he won’t listen to anyone, he thinks that if he hangs in there long enough Selena will realize he is a good guy and learn to love him.”

That might just be the most pathetic thing we have heard in a long time. Selena and both Justin are known to be loose cannons when it comes to their emotions, and if Zedd gets his heart crushed and stomped on by Selena there is no telling what he may do or say.

Do you think that eventually Selena will get over Justin and love Zedd as much as he loves her? Will Justin come between them? Is it wrong for Zedd’s friends to try and break them up? Who do you think will snap first and cause a scene on social media, Zedd, Selena, or Justin? Let us know what you think in the comments below!