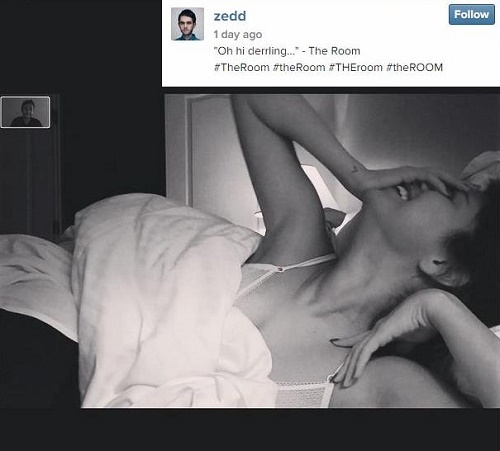 Selena Gomez made a big mistake by jeopardizing her new romance with DJ/Producer Zedd after agreeing to meet ex-boyfriend Justin Bieber for an impromptu dinner date on Thursday in Los Angeles. She quickly worked to make things right by posting pics to Instagram that confirm she is dating Zedd. Family, friends, and fans alike were super upset after learning Selena Gomez agreed to meet up with former flame Justin Bieber for an impromptu dinner date in Los Angeles, but no one was more upset than her current rumored boyfriend, Zedd.

Selena almost instantly knew she messed up by seeing Justin. She went in with the intention that she had the upper hand and would enjoy seeing him come after her for once. The dinner date didn’t turn out as she planned, and almost immediately she knew she’d made a huge mistake b agreeing to meet up with ex-boyfriend Justin Bieber.

Zedd really let Selena have it. He was crushed after learning that she met up with Justin for dinner and told her that she might be used to games with Justin but that he doesn’t have time for that. He let her know that he really cares for her and wants to be with her, but he won’t stick around if she is going to involve him in any game playing.

Zedd is far more mature than Justin and had an upbringing that taught him to respect women. He showers Selena with attention, but he’s not a suck-up, either. He is just what she needs to get over Justin. For good. He is well aware of the fact that she and Justin constantly play games with their romance, and he made it clear that he is not that type of guy and won’t put up with that. He told Selena that he’d rather be alone than involved in a triangle with her and Justin.

Selena felt so stupid and embarrassed for giving in to Justin that she became desperate to hang on to Zedd, fearing he’d end their romance as a result of her now infamous dinner date. So, in an effort to prove her feelings for him, she posted some very telling pics to Instagram that seem to confirm the two are officially in a romance with each other. Zedd responded by doing the same. He posted an even more telling photo: it depicted Selena in bed while the two were Skyping together (pic above). 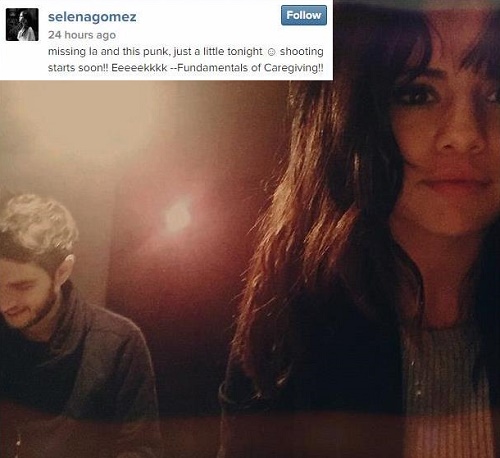 But is Selena STILL playing games? On Instagram she captioned the pic with Zedd with a nod to the DJ/Producer by saying she was missing him. Yet, on her Twitter page, she posted the EXACT same comment, but took out the part about missing Zedd. Strange and shady. In any case, Selena is desperate to make sure she didn’t jeopardize her future with Zedd. Since she began dating him, she notices how much more relaxed and happy she is.

Let’s hope Selena crushes the endless romance she and Justin have had going on for so long and officially confirms a relationship with the so-much-better-than-Justin Zedd. What do you think, CDLers…Should Selena Gomez give up on Justin Bieber and confirm her relationship with the uber-talented Zedd?