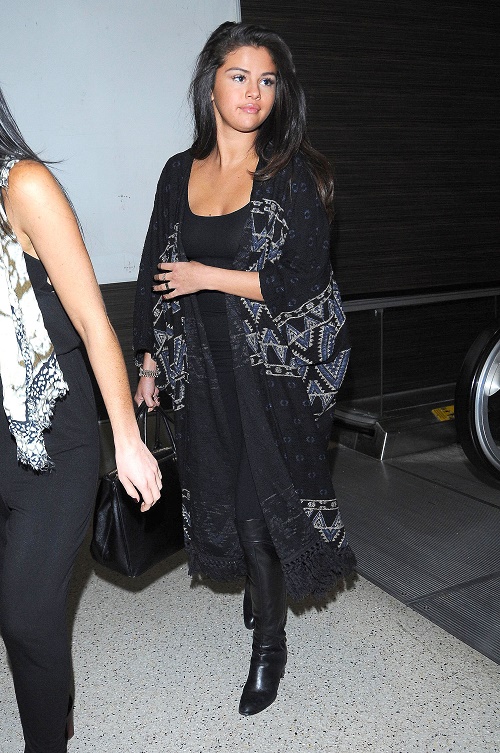 Selena Gomez may believe the heart wants what it wants, but after her dinner date with ex-boyfriend Justin Bieber, she may have woken up to realize that the heart may not want a jackass after all. Selena Gomez may have relented and had a last minute date with Justin Bieber at Mastro’s Steakhouse on Thursday night, but she soon realized that she made a big mistake by letting Justin get the best of her again and giving him exactly what he wanted – the power  to show he still has control over her heart.

A small mishap in her plan to move on, or a hiccup in her promise to stay away, wouldn’t have been so bad but in Selena’s case, she may have destroyed the blossoming relationship that actually made her happy with DJ/Producer Zedd. As CDL reported, Zedd was shocked and upset upon learning about the dinner date between Justin and Selena. Zedd was under the impression things were going well with Selena, and she truly seemed over her ex-boyfriend by the way she talked about moving on. She liked Zedd’s maturity, stability, and the fact that he didn’t have the need to constantly be the center of attention.

Justin may seem arrogant, but he is very insecure and demanded constant attention. Selena believes it is the reason he continually cheated on her. Now, Selena is worried that her brief reunion with Justin set her back in her path to move on from her dysfunctional ex-boyfriend and, even worse, her dinner date may have destroyed her chances for a future with Zedd.

As CDL told you, Justin had no interest in meeting with Selena to win her heart back out of love, he was simply trying to prove that he could get her to do whatever he wants her to do, on the drop of a dime, purposely to show Zedd and everyone else, that he still has power over the confused Selena. And Selena gave him just what he’s hoped for.  Just as CDL reported, Selena agreed to the dinner date and reunion with Justin so she could show him her newfound confidence.

She thought she’d have the upper hand since Justin was persistent in wanting to meet with her, but she was wrong. During the dinner, as media sources are now reporting what we already told CDLers, Justin succeeded in making Selena feel insecure and jealous  just as he always does. Despite his promises to be a better boy man in 2015, he was still the same Justin with the same promises.  After the last breakup Selena promised herself she was done, but the couple’s split wasn’t too long ago so she had a moment of weakness.

Did Selena Gomez’s lapse of good judgment kill any chances of a relationship with Zedd? Did Justin Bieber make her look like a fool once again? Unfortunately, the answer to both questions may be “yes.” What do YOU think CDLers?