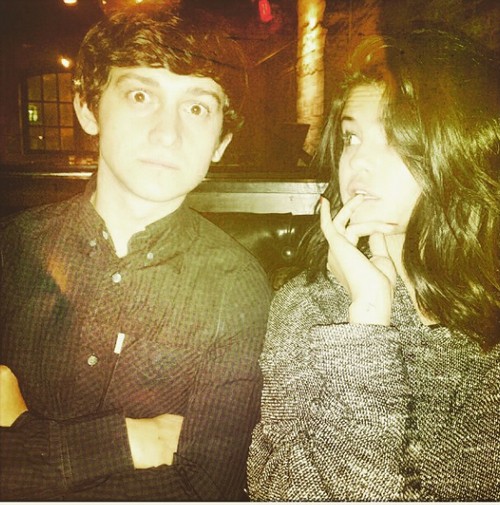 Taylor Swift is outraged and disgusted with girlfriend Selena Gomez for dating Justin Beiber again. And here we go again. Taylor Swift’s friendship with Selena Gomez has been tested time and time again over Selena’s relationship with Justin Bieber, but it seems like these two never learn. Selena’s on-again/off-again relationship with Justin has been going on for the past three years, and yet, she has neither dumped Justin nor started dating him exclusively. I mean, sure, they have their moments of ‘omg we’re so in love’, but by and large, their relationship is marked by hookups and breakups.

You can see why it would get annoying for Taylor Swift to have to deal with that – especially if it’s happening frequently. As Selena Gomez’s best friend, Taylor Swift has had her share of putting up with annoying tendencies, but Selena’s refusal to dump Justin Bieber and her current reunion is probably at the top of the list. I mean, it’s not like Taylor’s any great shakes at relationships [John Mayer much?], but at least she doesn’t stick with a guy once she knows he’s a douche. No, she just sings about it and makes sure the whole world knows as well.

A source close to the situation tells Hollywood Life, “Taylor is so disappointed that Selena went back to hang out with him, she really has been shaking her head over the whole situation. But Taylor doesn’t know what to do because she has already done everything to tell Selena that Justin is the worst.”

In other words, Taylor Swift’s friendship with Selena Gomez is about take a break, at least until Selena gets her act together – temporarily – and dumps Justin. And the minute she and Justin get back together? Well, their friendship will take yet another break. It’s a pattern that’s been happening for the past two years, and it’s a pattern that will probably continue for another few years.

What do you guys think about Taylor judging Selena for her Justin Bieber relationship? Do you think Taylor has any right to judge Selena based on her own messy love life? Or is she just being a good friend? Let us know your thoughts in the comments below.