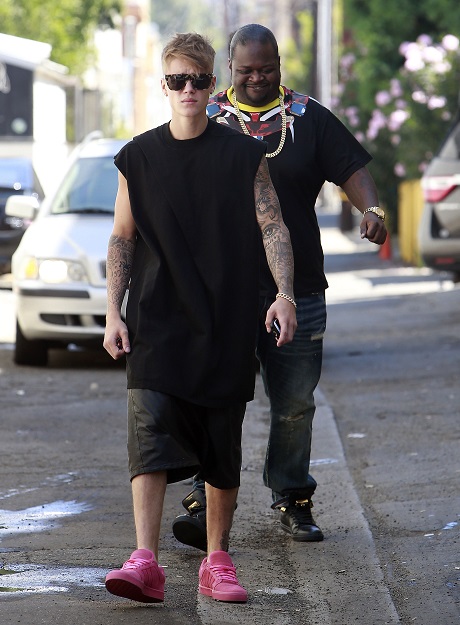 Ugh. Is there really a better way to begin this article than with a giant UGH? Justin Bieber has, once again, gotten himself in trouble with the law. As you might’ve heard, Justin and Selena Gomez took a little vacay to his great homeland of Canada and, while there, had an epic ATV adventure. Pics clearly proved that the couple (or whatever their hearts are telling them they are at the moment) had a blast — but maybe they were having a bit too much fun, as Justin Bieber crashed an ATV into a paparazzi minivan!

Bieber now faces potential dangerous driving and assault charges. He was arrested soon after the incident. TMZ reports, “Bieber was taken into custody Friday afternoon in Perth County, Ontario. Police say there was a physical altercation between Justin and a paparazzo in the minivan … after they had the collision.”

While Justin was released by the police, he’ll have to appear in court later this month. Honestly, how can one little dude get into so much crazytime trouble? Bieber might get himself into a little pickle with all of this, as he’s currently on probation. This incident could very well mean that he’s in violation of said probation.

What do you think about Justin Bieber‘s endless antics? Leave your thoughts in the comments section below.