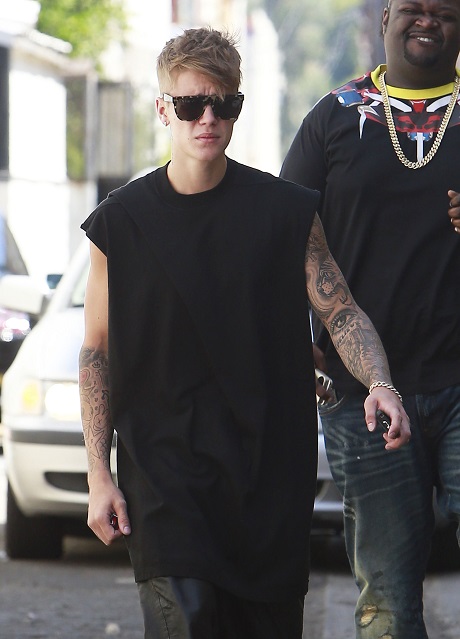 Selena Gomez and Justin Bieber‘s relationship is one of those things that confuses most sane people, as they constantly seem to be playing a game of love-you-hate-you tug-o-war. But whatever they have must be extremely special because the two always seem to gravitate back to each other with smiles on their faces. Wherever they are in their relationship currently must be a good spot because the two were spotted getting quite close to one another while on vacation in Bieber’s great homeland of Canada.

Selena and Justin partook in an ATV adventure on Friday, during which they were photographed holding on tightly to one another. Of course, this was for, erm, safety reasons only. Don’t be thinking that these two are *cough cough* back together again.

The day before their grand ATV adventure, Selena and Justin rode horses in Ontario and, we can only assume, enjoyed taking in the natural sights. And by amazing sights we mean, of course, Selena absorbing the amazing sights of Justin’s tatted bodd-eh and Justin reveling in the A-list star beauty power that exudes from Selena Gomez.

What do you think about this very confusing relationship between Selena Gomez and The Beebz? Do you think there’s still honestly something between them or do you think the two are just really good friends. I think it’s kind of naive for people to think that there’s nothing between them, but I don’t think it’s ridiculous to ponder just how serious the two are, regardless of what they tell (or convey to) the media at any given time.