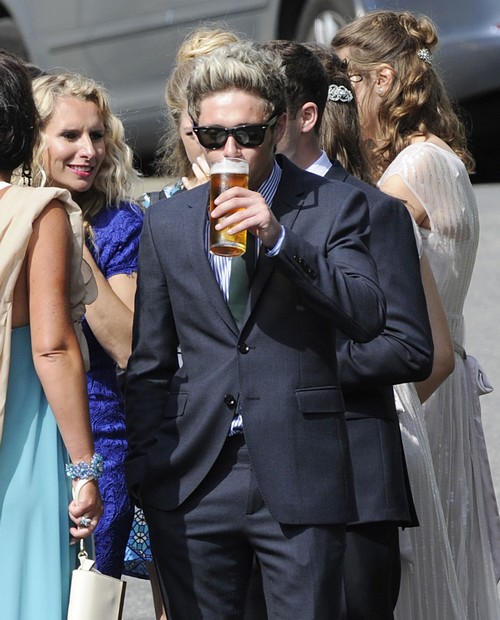 All hell is breaking loose on Twitter as reports of Selena Gomez and One Direction’s Niall Horan dating hit the internet. Pop Candies TV has released a video of a black vehicle with tinted windows arriving at Chateau Marmont on the night of Tuesday August 26th. The video features the car driving in to the parking lot while paparazzi chases it snapping pictures, individuals can be seen in the backseat of the car for split second, however it is nearly impossible to make out the individual’s faces. Pop Candies is reporting that the individuals in the back seat are none other than Selena Gomez and Niall Horan, you just have to take their word for it.

This isn’t the first time Selena Gomez has been linked to the One Direction singer, they were allegedly dating earlier this year during one of Selena and Justin Bieber’s many break-ups. Although the pairing sounded too good to be true, there were photos snapped of Selena and Niall holding hands, so there clearly is some truth to the rumors. It doesn’t make sense that Selena was out to dinner on Tuesday night with Niall though, seeing as how she was at Dave & Busters on Monday night with Justin Bieber. It seems odd that Beiber would be totally okay with her just going out to a friendly dinner with her ex-boyfriend, if she is back together with him.

So, there really are only one of two explanations. The first one being the obvious, the blurry girl in the backseat with Niall Horan seen in Pop Candies video isn’t actually Selena Gomez, but another brunette. Or, perhaps Selena and Justin aren’t officially a market and she is still single and ready to mingle, so she went out to dinner with Niall Horan. Let us know what you think is going on in the comments below!