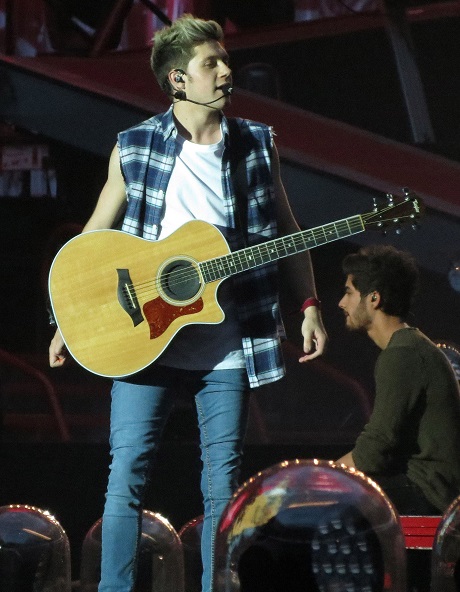 Niall Horan is probably thanking his lucky stars that his relationship with Selena Gomez never worked out, especially with the recent developments in Selena’s love life. Granted, he probably saw where it was headed and decided to jump ship before it was too late. According to reports, he’s already moved to a model named Thalia Heffernan.

Apparently, Niall and Thalia met back in Ireland in May, and although Niall was still seeing Selena at the time, he and Thalia allegedly shared a kiss. Sources say that they’re keeping it casual, but they’ve decided to see each other whenever they have the time.

That’s gotta sting for Selena, right? Yes, she’s back with Justin Bieber, but the fact that Niall actually ditched her for someone else? And the last time Selena was spotted with Niall was at the end of May at a Katy Perry concert, which means that Selena’s relationship with Justin most definitely overlapped with her relationship with Niall. Again, it’s not very surprising considering Selena’s inability to stay away from Justin, no matter how bad his reputation gets or how egotistical he becomes.

The public’s opinion of Justin in the past year has turned from indifference to actual dislike, and Selena’s continuing association with him isn’t going to do any wonders for her own reputation. We’re already getting evidence from that since her own friends don’t want to hang out with her anymore.

Taylor Swift has publicly ditched her as a BFF [her new BFF is Karlie Kloss] and now Niall Horan would rather date an unknown model than her. Is Selena going to develop a model complex next, since Justin always seems drawn to them as well? I don’t see their relationship lasting much longer, and one can only imagine Selena’s downward spiral if Justin dumps her again.